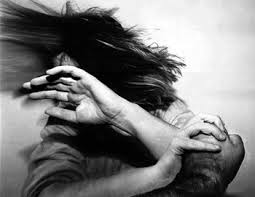 We skipped our usual probing insight into Grazism last week because it was “the big fashion issue” and there is very little to say about pages and pages of bags and shoes and dresses except a cursory “pretty” or “rank” (let us let you into a little secret- that is about as deep as fashion goes.)

THIS ISSUE, however, is a veritable goldmine of shit. Was it Conde Nast’s Nicholas Coleridge who, a little snobbishly said, “Grazia is only read by Au Pairs.” Well, some of us have been au pairs, and wouldn’t touch this barge with a shitpole. Yet someone must read it, and read it they do. Which is why we must dedicate every nerve and sinew, every litre of blood and sweat, to revealing the utterly poisonous crap this magazine is peddling.

First up, in the hysterically titled “WHY RIHANNA WHY?” we have Grazia journalists trying to analyse the difficult topic of domestic violence, albeit from the requisite celebrity angle. Why, they wonder, is Rihanna possibly-maybe-nowherenearcertainly-hypothetically getting back together with Chris Brown? Well, call me this cynical old hack that I am, but it might have something to do with a need to promote the new single on which they duet? OR, it could be because, as a young woman who is almost the only voice of reason in this crock of an article points out, domestic violence is a particularly insidious form of abuse because you are essentially being harmed by someone who you either believe you love or actually do. Victims of domestic violence are being beaten and berated by someone with whom they are in a romantic relationship, usually with the effect that any remnant of self-esteem has been trodden so forcefully into the ground that the victim will have difficulty either leaving their partner or imagining life without them. Domestic violence is, to a large extent, about control. And that, Grazis, is why women find it hard to break the cycle.

Now that we’ve got that piece of common sense out of the way, let’s see what the Grazia panellists have to say about it. Can I just say, thank FUCK for Eva Wiseman because if it wasn’t for her you’d be thinking that you were watching some kind of polyp-based reality TV show, in which varied amoeba express their opinions on current affairs. Eva talks sense. Apart from Eva, we have Barbara Ellen, who used to be funny in the Observer Magazine before they started letting her have opinions in the main paper. Barbara says: “If she’s now back with Brown, she has betrayed these young women [who are victims of domestic violence] in the worst way.”

Not really, she’s betrayed herself, and that’s about it. Women, and victims of domestic violence who aren’t women, aren’t going to stay in a dangerous situation because of what some pop star does. They may stay in a violent relationship for various reasons, and I’m no psychiatrist, but I imagine “because Rihanna did it” is not top of the why-I’m-still-with-my-boyfriend-who-beats-on-me list.

Of course, this whole fucking debate is an example of how victim-blaming is still an endemic part of our society when we are discussing violence against women. I’d liked to have seen some more of this trash talk directed at Chris Brown, rather than the woman he tried to strangle. But there’s no time to talk about that because the Telegraph’s Bryony Gordon, everyone’s favourite non-entity, has something to say on the matter, which basically amounts to: “LOLZ she’s only 24! Everyone makes mistakes, yeah?” delivered in the flippant manner of someone who’s just walked into a glass door in Superdrug or slept with a Conservative (first one, no biggie- second- you’ll be fine in a year or two), not possibly-hypothetically-nowherenearcertainly made a potentially fatal decision which could affect their wellbeing for years to come.

Last but not least, we have Louise Gannon, who has actually-gaspies!- MET Rihanna, and as such basically has a PHD and a telepathic ability to tap into her every waking thought (“we’re just so in sync, yeah?”) Gannon’s angle is to focus on the ‘romantic’ elements of Rihanna and Brown’s relationship, after having made the crass statement that, because she grew up in an abusive household, Rihanna “accepts violence as a part of life.” Gannon, you sound like a total tit and I would not talk to you if I were famous. So, Gannon goes on to say, Rihanna just really, really loves Chris (“we do get it. Now we just want you to get over it.”) It’s just that crazy old stupid love making you make insane decisions. We’ve all been there.

Of all the opinions professed in this article, I find that the most offensive. The lack of insight, analysis, or expert opinion when addressing a problem which has been said to kill more women than road traffic accidents is just startling. The lack of information given to readers who may be victims of domestic violence and in dire need of help is just fucking offensive. The assumption that anyone has the prerogative to comment on this traumatic incident is par for the course in the immoral cesspit that is the UK media, yet a vital opportunity to educate has been missed. Here at the Vagenda, we hate trash-talking other women, but this article is a clear example of how having a vagina should not be the only prerequisite for contributing to a women’s mag, but having a brain, and a heart, should be too.

We felt that this point was so important that, for today, we have decided to postpone commentary on the rest of the magazine. If you are a victim of domestic violence, or know someone who is, there is information available here.