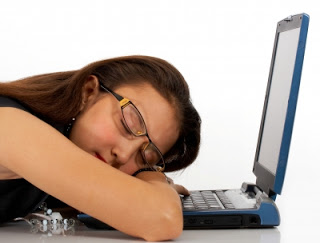 Image credit to Stuart Miles
During a particularly fortuitous perusal of the internet today, I came up with this little baby which is popping up all over the place in the business press. Under the particularly delightful headline ‘Increase in women, decrease in performance says 12% of directors’, it reports upon a study into business attitudes (‘Life in the Boardroom’) that suggests a minority of company directors are misogynist fucks.
But you know, the 12% doesn’t scare me. The statistic alone shows how much directors with such attitudes are a dying breed – and considering how fast that statistic has gone down from even 20 years ago, they’re clearly dropping like flies. The discrepancy between female and male employers who think that quotas should exist to keep the gender balance in a company – 45% versus 4% – certainly makes for an interesting discussion point, especially as it seems that women are basically equally divided by the issue where men are clearly staunchly against, but again, it’s not that part that makes me recoil.
This study gives me an intuitive sense of wrongness, and it’s down to the fact that we’re still conducting these so-called pieces of research at all. No matter how much you argue that it’s feminist fodder, it actually does us no good to keep on wasting our time and money on reiterating with increasingly predictable results that sexism in the workplace does exist. We know it exists. We know there’s a pay gap that just won’t quite close (insert vagina joke here.) And when we do an objective compilation of salaries by job title and gender, we get something useful and targetable year after year.
But what exactly are we gaining when we ask these people’s opinions? We’re giving them a platform, however small, for their views, and in some ways we are legitimising them. These studies can be reported, talked about, debated as if the mental 12% actually have something to say. Would we, as a civilised society that at least attempts vigilance against racism, have commissioned a study that asked board directors if their black employees were lazier? Would a study that suggested 12% of directors would be reluctant to employ Indians, or Polish people, or the Chinese, have been able to count on widespread media coverage? Of course not. The magazines themselves would have shied away from giving a platform to such drivel, because the views of those directors wouldn’t be worth talking about, apart from to immediately question how they managed to climb business ranks with such malformed ideas in the first place.
There’s an undertone to these studies, and it hums that it’s still worth considering whether or not women are productive workers. Until we stop asking these idiots for their damaging opinions and then reporting upon them as if they matter, we’re still a little bit under their spell.
But anyway, I should get back to the meeting I’m supposed to be chairing.