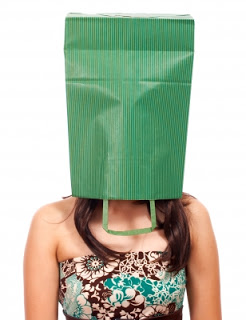 So. Everyone who’s not a feminist reckons it’s because of all that weird shit that feminists think. In this delightful little piece, we’ve put together a few misconceptions about the feminist thought process and clarified our position, so you can take the bags off your heads and declare yourself feministas (and feministos) evermore!

Feminists think heterosexual sex is rape
Firstly, Snopes has already debunked this shit. Secondly, you don’t quote the opinions of John Major when discussing the current coalition government, except as historical context, so it makes no sense to argue against modern day feminism by misquoting something from more than twenty years ago and treating it as the immediate opinion of every liberated woman you meet. Thirdly, have you ever had enjoyable sex with a woman? Yes? Did they want to keep their vote? Yes? Did they try to fart knives into your stomach during sex, whilst cackling, “Down with the patriarchy!!” No? Well then. Either you’re wrong about feminists, or you’re crap in bed.

Feminists hate men
This is ridiculous, as it presupposes several sillies about the gender requirements of feminism. It would mean a lot of my male friends wake up in the morning, glance down at their bodies and go, “Ugh. UGH. What the FUCK is that? Is that a MAN? UGHHHHH. Get it OFF ME. GET IT OFF ME,” and then have to spend hours in A&E after they’ve tried to claw off their skin and throw it out the window, or pointing miserably at their ball-sacks whilst mumbling about ‘political incompatibility’ before reaching for something sharp. Also, take note: ‘male friends’. I’ve got a boyfriend too. I actually have. Not Asterix the Gaul, as I used to passionately aver, but a real live one with all his own teeth. So there.

Feminists are only feminists because they’re ugly and can’t get sex
I have to wake up half an hour earlier than usual on days when I’ve washed my hair because if I glance in the mirror, I end up giving my reflection a dry hump so knee-tremblingly orgasmic that the glass ends up liquefied in four different places.  And I’m what’s known as an ‘acquired taste’, like olives or Steve Buscemi, so imagine just being a normal-looking woman who likes the idea of equal pay, eh? Boners and wet-ons all round! My complicated masturbatory practices aside, I have never met a feminist who couldn’t ‘get’ sex. Ever. And I’ve met a lot of feminists, some of them (as I’ve already stated) blokes. Feminists would just rather staple their eyelids to their forehead than sleep with the sort of person who claims the women’s lib movement evolved from the inability to look good in a bonnet.

I don’t call myself a feminist, I call myself a humanist. Because I’m pro-humans
That’s nice for you. We’re pro-humans too, and also pro-rainforests, whales, city sparrows and fluffy kittens. As it happens, some feminists are religious, and humanists tend to be, you know, against all that Closer My God to Thee sort of stuff. But it’s OK! We’ve already got word that means ‘in favour of socio-political equality between genders’. Guess what it is! Are you a humanist and a feminist? That’s OK too! The System does not operate passport control and will not confiscate your –isms at customs, no matter how many you declare. Don’t be afraid to call yourself a feminist, ladies and gentlemen and other. When you demur, it’s like telling us you love what we’re wearing, but it would look so tacky on you. It’s a veiled insult, even if you don’t mean it that way. Be proud of your feminism, and feminism, in its varied guises, opinions and beliefs, will be proud of you.