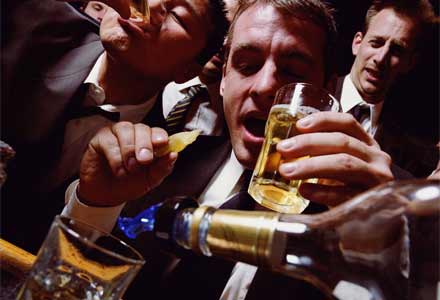 Yesterday was a good day, what with the Vagenda being on Radio Four, hitting a quarter of a million hits, and sampling pretty much the BEST CHEESECAKE THAT HAS EVER PASSED MY LIPS (white chocolate and ginger, FYI). The maraschino cherry which topped off Tuesday, however, was my boyfriend picking up the Socialist Worker and reading that our Lord and Master David Cameron used to be on the board of directors for the sleaze filled sweatbox of a nightclub that is TIGER TIGER.

Oh, it is impossible to express the joy I felt on hearing this news. Being the Tory-bashing liberal that I am, having worked for nightclub behemoth Novus back in 2007, and having once, to my eternal chagrin, actually been to Tiger Tiger on a night out, this news was like every childhood Christmas (except the one where mum cried) all rolled into fucking one.

Pretty ironic that the head of a government currently engaged in trying to tackle the binge drinking epidemic once has £40,000 worth of shares in a company which basically encourages it, eh?

1.) A night out at Tiger Tiger and being a citizen of the United Kingdom both render the consumption of life threatening levels of alcohol as a coping mechanism wholly mandatory. In both, WKD blue flows freely like a Tulleries fountain.

2.) Looks shiny from the outside. Once you’re in the illusion shatters when you realise someone (usually a woman) is being shafted in the corner.

3.) Large groups of arrogant city boys stand around mindlessly braying but lack credentials. The leader of the pack’s wingman looks on, unable to offer a single valuable contribution to the discussion at hand.

4.) Based on cheap, exploitative foreign labour.

5.) Women are regarded with deep suspicion, as “other.” They huddle together in groups, unsure whether they are hunter or hunted, predator or prey, until one of the lads placates them with a token gesture/fingering.

8.)Badly run, with a hardline, iron fisted management style that is almost psychopathic in its lack of sympathy.