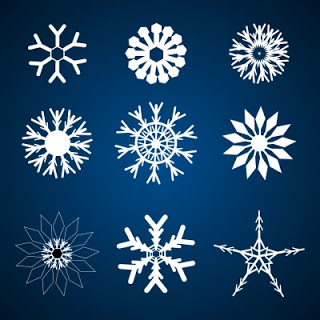 It’s a whole new Tuesday, which means a whole new Grazia today, but before we move on to what I have high hopes will be a celebratory post on the magazine’s new, entirely woman-friendly stance, I have one last bone to pick with Grazia circa March 20th.Because we had so much excellent material for the proper Grazithon, we never got to mention an especially enlightened article entitled ‘BAD WIFE SYNDROME: Why is it always the woman’s fault?’ And even though the feature that follows is supposed to showcase two opposing points of view on the matter, the fact that Grazia has invented a syndrome from the outset doesn’t say much encouraging matter about where on the spectrum its own opinion might lie.

‘Writer Chris Bell’ presents his views under the subtitle: ‘Any woman who puts her career first runs the risk of being single.’ And what a risk that is, when there are such wonderfully eligible men like you about, Chris. With a couple of disclaimers about ‘I know it’s archaic but…’ (which all good statements start with), Chris eventually gets to his point:

‘And this is the point.’ (see, toldja) ‘Everyone knows men have snowflake-fragile egos. We need to feel like we’re number one in your life – especially so if our careers are going in opposite directions…’
‘And so Katy Perry has learned a lesson many successful women do: that equality doesn’t always function in the way they’d like it to.’

Sneaky equality, eh? Every time you turn around, it’s changed the goalposts. WOOPS, now I mean gross inequality! Don’t like it? Shouldn’t have put your confidence in a word then, should you? Silly woman.

How ‘equality’ somehow ‘functioned’ to break down Katy Perry’s relationship with Russell Brand is absolutely beyond me, and I’m sure Chris himself knows that that’s an inflammatory statement with about as much substance as a Chicken McNugget. But it’s out there now, in all its nonsensical glory, and I can guarantee you that someone somewhere believes it. They believe that a successful woman should have taken a backseat in her career to let her husband have all the glory, they believe that they’ll stay single all their lives if they don’t agree, and they believe in what will from now on be permanently dubbed The Snowflake Ego Theory. And the world is a worse place for it.

You may not have heard The Snowflake Ego Theory in those exact terms, but you’ve heard it before. It’s the snider second cousin of the ‘women are just too pretty and lovely and delicate to get involved in politics’ theory, or the slightly more contemporary ‘men are just programmed to harass their female counterparts in the street’ theory. It’s make-believe self-deprecation on the men’s part in order to justify a point of view that would otherwise be immediately seen for what it is: entirely, ludicrously, raucously anti-feminist. Just humour us silly men with our snowflake-fragile egos, darling, and do us all a little favour by abandoning your career and handing financial control to me. Oh, and by the way, if you don’t, that’s reasonable grounds for divorce.

For a final little jaunt into the inner sanctums of Grazia, one of their ’10 Hot Stories’ of the week is that they were invited to join David and Samantha Cameron at the White House, which, if you didn’t already have a less-than-squeaky-clean image of old Dave after the cuts to basically everything except bankers’ wages, might sway you. When a person comes across an article like this, it might be customary to ask: what does one say in response to such a situation? And the answer is: nothing can be said. All that one can do is let out a long, painful, animal moan.

What do you mean, what’s the article like? Well, there’s a cursory glance at politics (near the end) but mainly Grazia focuses on the important things in life and manages to get some politically enlightening information out of the usually suave and tight-lipped Prime Minister: ‘I do my own packing, which sometimes ends in tears.’That’s that then, eh? After such serious commentary, it’s a good thing that the next page dedicates itself to ‘Sam Cam flying the flag for British fashion.’

I’m off to buy the next issue.

One thought on “Bad Wife Syndrome and the Snowflake Ego”