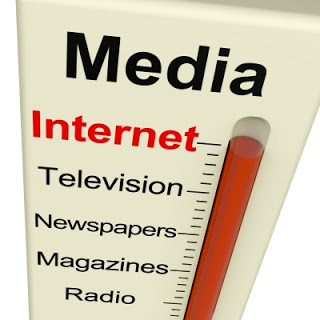 More and Heat were a goldmine this week, so rather than delay the inevitable hilarity with analysis, I’ve just got stuck right in there and gathered up the only readable parts of these increasingly self-parodying publications. THEREFORE – here for all to enjoy – the funniest shit I saw in More and Heat this week:


-More’s ‘men section’ asked a random assortment of complete jokers on the streets of London what they’d like to see a girl wearing if they went on a date next week. One legend replies ‘Short shorts and a top. Summery clothes’ while photographed in a hat, a scarf, a jumper and a large hooded coat. Further down the page, another straightforward chap succinctly replies: ‘Mila Kunis’ face.’


-‘GULLS ATTACK CHRIS BROWN.’ This is a genuine headline to a feature in Heat, complete with accompanying pictures.


-Another ace feature in Heat: ‘ARE APRICOTS REALLY GOOD FOR YOU?’ Their verdict: yes.


-Star email in Heat is entitled ‘SHAKIRA VS SEA LION’ and says: ‘I always knew dolphins were supposed to be evil, but not sea lions. I’m shocked. Thank you, Shakira, for alerting us to this.’ So clearly a pisstake taken at face value that it hurts. Possible campaign for Cosmo after ‘The F Word’ inevitably sizzles out in favour of ‘semen: the new exfoliator’?


-‘Crotch Watch.’ It’s an actual thing. It’s a picture of a celebrity’s crotch in Heat magazine, and the challenge is to guess who it belongs to. The mind boggles.


-‘The Man-O-Meter.’ Heat again, with men rated in ‘hotness’ terms. Best part of this are the reasons why people have been relegated to the bottom of the ‘Man-O-Meter’: one of them (Aston from JLS) has been bumped down from the top, for ‘pranging his car on a recycling bin.’


-Heat magazine has inadvertently given a column to the most boring man in the world. In what I hope is a particularly hilarious and deadpan Trojan horse attempt to destroy the sanctum of Heat from the inside, rather than genuine rambling inanity, Adam Deacon reports hot off the press: ‘The Simpsons: it’s my favourite show on TV. It’s ridiculous the amount of hours I can sit in front of it. I love Eastenders, too… I eat far too many Chinese takeaways – I always have prawn chow mein. I eat at Nando’s a lot, too, but they still haven’t given me a Black Card, even though I keep tweeting about them.’ If your friend said this at the bus stop, you would stare at him with repulsed incredulity at his failure to generate even remotely adequate conversation. Adam Deacon says it (can someone explain who he is?) and somebody published it.


Oh, it’s a cruel, cruel world out there.