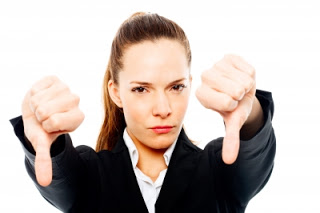 Feminism: it’s a funny old thing, isn’t it? One moment you’re throwing yourself under a carriage, and the next thing you’re dropping off your vote for the London Mayor en route to the accountancy job that supports you and your child-rearing house husband. It’s almost like, well, progress. And that’s why I’m so baffled about what happened to me a few days ago.I was out for a meal, in central London, and it happened to be with my mother. Because I’m a thoroughly modern woman, I was paying for dinner with my very own credit card which is, incidentally, funded by my very own day job. And just as I was about to tuck into an overpriced crab salad, my ears pricked up at the source of a particularly unfamiliar sound: it was a woman on a date, and she was discussing feminism.

Now, feminism as a topic for a first date is a brave move that even Germaine Greer might entertain a couple of moments’ doubt about. In between ‘is he solvent and/or normal?’ and ‘do I want to shag him?’, do you really want to throw ‘how genuinely does he believe in equality between the sexes?’ into the mix? Once you get started on a bottle of wine and the realities of the glass ceiling, there’s a chance he might start edging away. So at least wait to deliver your lecture on workplace quotas after the third date, post-coitally, because that’s when Cosmo says you’re allowed to have sex with him.

She’s taking one for the team, I thought with admiration, glancing over at her admiringly. She’s pioneering First Date Feminism. She is the 2012, post-vajazzle, fully liberated woman. And then I heard what she was actually saying.

‘I’m all for equality or whatever,’ said this thirtysomething woman, in her very best teenage language. ‘But I just don’t see where we’re going with all this ridiculous militant feminism. I mean, it really seems like we’ve gone too far.’

My first reaction: bitter, bitter disappointment, the kind that can usually only be felt by a Republican-voting, bible-reading mother in the deep south of America when her only son brings home his ‘girlfriend’ from university and it turns out to be an acid-haired transvestite called Gus. Like this mother, I felt that I had dedicated good time and money to pushing a cause throughout my life, and just look what hideously deformed version of my intentions had popped up next to me.*

‘Militant feminism’ is another 21st century scare, like the bird flu ‘pandemic’ and eyebrow cancer, both of which have been extensively covered by the Daily Fail. And let’s deconstruct for a second here: ‘feminism’ does, after all – and as everyone seems to voluntarily forget ALL THE TIME – mean ‘equality between women and men.’ Jeez, I hope those rampant advocates of equality don’t get out and ruin our carefully balanced society with their crazy egalitarian ideals. Imagine: EQUALITY EVERYWHERE! Next thing you know, it wouldn’t even matter what race you were or whether you were disabled or anything. What sort of sick dystopian vision is this?!

Even if you’re one of Those Ones who’s convinced of a secret sect of bra-burning men-haters, I’d really like you to point them out to me. Because their prominence in the media seems to negatively correlate with their actual existence – meaning that they’re basically as real as leprechauns at the minute. What’s so awful about the way it’s bandied around as a concept is that nowadays it’s increasingly done by the women themselves, and sometimes it’s in an effort to get ‘in there’ with a man. I’m not one of those, oh no. We’ve come too far, you see. Now get the cheque, will you, and call the horse and carriage. I hope there aren’t any of those pesky Suffragettes out tonight to ruin the ride home.

Is there a genuine consensus amongst women that we have ‘come too far’ with feminism? I asked around in the days following this heinous event at the overpriced London restaurant, and was surprised to hear how many people agreed. A fiftysomething relative of mine told me that ‘it’s gone too far because you’re not treated like a lady anymore. You’re just a woman.’ Clearly, ‘ladies’ and ‘women’ are miles apart – and there I was thinking that we all shared the same constituent parts, but what do I know?

Of course, I understand, if not condone, the meaning behind her words. ‘Ladies’ are bowed to and opened doors for and politely complimented – nice things – before the inconvenient truth of then being patted on the head and placed in the corner while the men discuss all those indelicate subjects like politics and, well, anything not kitten-related. And no matter how much you argue that you ‘want to be treated like a lady’, there ain’t nothing wrong with holding open the door for any human being that passes. You can – and should – compliment whoever you like, so long as that mode (or any mode) of communication is not purposely limited to one gender. And you can be the most dedicated, hard-working, cooking, cleaning, all-singing, all-dancing housewife that there is, and celebrate it every day of your life – good on you, girl! – but please, please don’t hearken for the days when we all had to be one, and not out of choice.

That’s all feminism boils down to, at the end of the day: choice. The choice to be the most traditional homemaking mother of the pack, or the most cutthroat human rights lawyer in the Supreme Court. The choice to go out on a million, er, ‘test-driving’ dates, or to lose your virginity on your wedding night to a guy your parents introduced you to at church camp. The choice to walk around in clothes you bought, going to the office you work in, making independent decisions (this is all getting a little bit Independent Woman but never mind) without the threat of suddenly being a slave in your own home, with no financial power, no vote, no right to education, and no recognition of hardship if your husband rapes you.

These are the dark realities from whence we came. So before you dismiss the cause and hop on the Daily Fail pedalo of bullshit to get an appreciative smile out of a guy you’re on a date with, just remember the one great truth that Sex and the City told us: on Halloween, you can still only find a costume for a witch or a sexy kitten. We may be fighting smaller battles nowadays, girls, and thank God, but they’re important ones, and we need you and your boyfriends all behind us prepped for battle rather than milling around the field and wondering blithely what direction the wind’s blowing in. It’s the final frontier, so get it together! We haven’t gone far enough!

*By the way, Gus is a right laugh to hang out with on a Friday night – which is more than I can say for his bible-bashing mother-in-law.