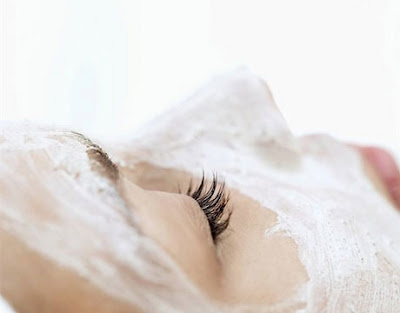 Are you fed up of being told that letting a man spaff in your face is the key to eternal youth? Yeah, me too. Spunk-based propaganda appears in national newspapers and magazines with alarming regularity, and is  obviously a VERY TRANSPARENT patriarchal conspiracy to encourage your average workaday woman to indulge in a little weekend Bukkake. I mean, really, that’s all the analysis this phenomenon needs, because we all know that the assertion that being jizzed on is somehow good for your health is about a scientific as bifidus digestivum.
Yet I will persist, mainly because I’ve been singing along to nineties rockstar and self-entitled ‘blowjob queen’ Liz Phair’s seminal (!) hit ‘Hot White Cum’ for the last two weeks and regard this as a sign that spunky pseudo-science needs some calling out on. Before you get excited, I’m not going to road test these theories myself because a.) the masochists at Jezebel and Vice already did that, and b.) I feel that allowing my lover to come on my face, while being an inherently subjugating gesture that calls into question power-relations between the sexes, is also really fucking gross. So I’ll just stick to blowing (!) these myths out of the water. SWALLOW THAT, PATRIARCHY.
Myth 1: Rubbing spaff on your face will make you look younger
This one clearly plays on women’s insecurities about ageing, as well as their fears about not being adventurous enough in bed. According to some Austrian University two years ago, “spermidine, a compound that is found in sperm, slows ageing processes and increases longevity in yeast, flies, worms and mice, as well as human blood cells, by protecting cells from damage.”
Yeah, not really buying this. Feel pretty sorry for the mice, though, and according to our sisters at Jezebel, allowing spunk to dry on your face hurts more than a chemical peel. Also, I know someone who once ejaculated in his own face and have it on good authority that you should not let that junk anywhere near your eye. So it’s wrinkles vs pinkeye. You decide.
Myth 2: Swallowing makes you live longer
Appaz, women who have regular contact with semen are likely to live longer. Equally, your children will be cleverer, richer and more popular, you can drink as much as you like without vomming, and it raises the likelihood of you noticing glass doors where you previously thought there were none there by 99.9%.
Myth 3: Semen has no calories and is packed with vitamins, so you should totally swallow.
FYI, a teaspoonful of spunk actually contains 5-7 calories, so about three tic tacs’ worth. It’s a mixture of sperm and a milky soup of other ingredients such as water, zinc and protein, and has no discernible nutritional value (so basically a can of Baxter’s watercress) So put away the blender and shelve the smeg smoothie business plan. The world is not ready.
Myth 4: Jizz helps fight tooth decay
Semen actually contains zinc and calcium, which helps fight tooth decay. Just so you know, these are TRACE ELEMENTS, people! Spunk is no substitute for Colgate Total and a good firm brush in a circular motion, and gargling is best left until the third date. FYI, brushing your teeth with semen can lead to a greater chance of you contracting a sexually transmitted disease, so like, don’t. Please.
Myth 5: Spunk fights depressive symptoms
Answer me this, ladies: Would allowing someone to come in your face on a daily basis make YOU feel happier?
Now, after all that, here are two interesting facts about semen, and a Liz Phair song.
Fact 1: The semen of a diabetic tastes like watermelons.
Fact 2: One man’s sperm can kill off another man’s sperm, so think carefully about who you choose to fuck first.

One thought on “Misogyny Myths #1: The Semen Facial”