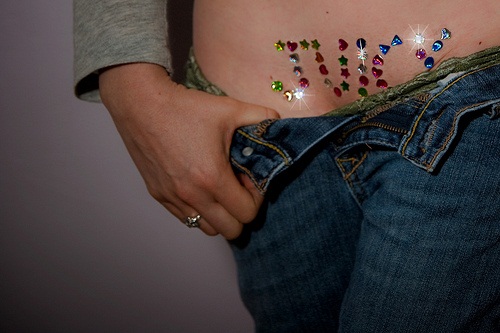 JOIN COSMOPOLITAN’S EDITOR, LOUISE COURT AS SHE DEBATES:
‘I AM A FEMINIST – CAN I VAJAZZLE?’
WITH DAWN PORTER & KATE SMURTHWAITE AT SOUTHBANK CENTRE’S WOW – WOMEN OF THE WORLD FESTIVAL
Cosmopolitan, the magazine for smart, spirited young women has teamed up with Southbank Centre’s WOW – Women of the World Festival, to host a debate on the hot topic of modern day feminism. The event is part of a series planned to support the magazine’s ‘F Word’ campaign.
WOW – Women of the World festival is Southbank Centre’s annual festival to recognise, celebrate and promote women and runs from Wednesday 7 March to Sunday 11 March across the Southbank Centre site. On Saturday 10th March, Louise Court, Cosmopolitan’s Editor, writer and broadcaster, Dawn Porter, comedian and feminist activist, Kate Smurthwaite and Dr Kristin Aune will battle out the following question – ‘I am a Feminist – Can I Vajazzle?’. The debate will be chaired by columnist and author, India Knight.
This debate is part of Cosmopolitan’s ‘F Word’ campaign, launched to celebrate its birthday issue, on sale 1st March. The campaign aims to shine light on the myths and outdated stereotypes surrounding feminism and starts deliberately with thiscontroversial subject to explore the multiple aspects of women’s relationship with feminism in the 21st century.
Cosmopolitan believe there has never been a more important time to be a feminist, with the world we live in today still far from equal for men and women. The first thing the magazine wants to achieve in its bid for equality is equal pay for men and women doing the same jobs. The magazine is campaigning for the government to get tough now on equal pay, by making it mandatory for companies who employ 250 people ormore to carry out a public, annual equal-pay audit. If you want to fight foryour right for equal pay in the workplace, sign the Cosmopolitan Equal Pay petition now at www.cosmopolitan.co.uk/equalpay.
To book tickets to for the Cosmopolitan debate – ‘I am a Feminist – Can I Vajazzle?’:
Saturday 10th March, from 3pm – 4pm, Southbank Centre, Belvedere Road, London, SE1 8XX. Tickets cost £30 for a weekend pass (£15 concessions) and £12 for a day pass (£6 concessions), and are available from the Southbank Centre Ticket Office: 0844 847 9910 / www.southbankcentre.co.uk/wow