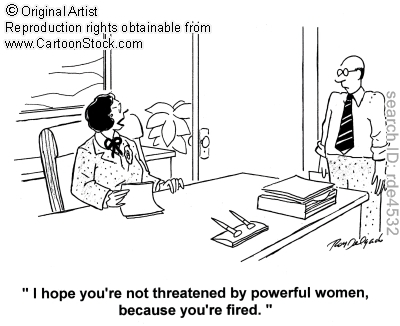 Generally at The Vagenda we tend to leave the women’s monthly glossies alone. That’s not just because they tend to have a better quality of writer, but also because it’s pretty darn difficult to find anything interesting or humorous to say about 260 odd pages of skirts punctuated with adverts for skirts.

Marie Claire, however, is a special case (special being the operative word) Purporting to be a good all-round guide to life, fashion, relationships and current affairs, Marie Claire has in the past been relatively unafraid of muddling our little women’s brains with difficult stuff such as politics and economics. It used to be the Finnegan’s Wake to Grazia’s The Very Hungry Caterpillar (FYI, everyone at Grazia is very, very hungry)
Or it did last time I picked it up, anyway.
Nowadays it is 80% dresses and shoes.  If you can be bothered to flick through 127 pages of accessories, however, you will come across the ‘Marie Claire column’ in which writer Lindsery Kelk muses over the ‘fact’ that “we’re suckers for clever, funny, gorgeous guys, so why doesn’t it work the other way round?”
Now before I strip off and wade into this shitlagoon, I wanted to ask if anyone else had noticed a new journalistic trend which seems to be becoming fairly ubiquitous amongst women’s mags. I like to call it the ‘Catharsis Column’. And I’m not talking about the Will Self writing movingly about his illness kind of catharsis. I’m talking about how female journalists (and probably male too, ‘cept I haven’t noticed) will often write a column about something which has pissed them off, in the guise of it being a “societal phenomenon”, as a way of getting some (usually boring) shit of their chest.
So, like, an article about jealous friends will usually, at some point, feature a personal account about how the writer of the article had a recent falling out with a friend. Or an article about coping with being dumped will be written by someone who has just been dumped. The most common at the moment is moaning about Twitter bullying. This is usually because a journalist has received a nasty tweet, yet considering that most people in the UK do NOT use twitter, I can hazard a guess that this is not a phenomenon that affects the general population. They’re just chillin’, getting on with their business, innit.
Of course, personal experience will always colour our creative output. But there seems to be something a bit cynical about this type of writing, because the writer is usually aware that the other party is reading what’s been written about them. Really, the piece isn’t about you at all, is it? It’s about them.
In this month’s Marie Claire, Ms. Kelk seems to be doing exactly that. The quite-obvious subtext running throughout this whole piece is (“I’M CLEVER AND FUNNY AND GORGEOUS- WHY DON’T YOU WANT ME?”)
So Ms. Kelk has found herself single again, which has obviously given her a lot more time on her hands to sit around pop-psychologising (this is precisely why women in happy relationships don’t tend to analyse those relationships- they are too busy smiling dumbly as they float around on a cloud made of smug, gulping down potent semen-oxytocin cocktails and happily gaining half a stone) Ms. Kelk has a cocktail too, but it is a cocktail made of SAD. Because she is sad, you can tell, and part of me wishes she would just be sad rather than blaming men (or ‘the enemy’) for her breakup.
Because Ms.Kelk believes that her and her friends are ‘undateable’ due to their being “too funny, too smart and too successful.”
Now, I’m sure that she and her friends are very funny and clever and successful. It would be cruel to assume otherwise. But unfortunately, Ms. Kelk is basing this ‘insight’ on what several of her male friends have said, plus a guy she dated years ago. Said ex-boyfriend (not the one who just dumped her, but another one, who coincidentally has just got married and TOTALLY won’t be reading this) dated Ms.Kelk for seven years while she was editorial assistant on his magazine. Then he dumped her on the basis that ‘she’d changed’, only for him to go and marry the new editorial assistant on his magazine.
Now, Ms. Kelk calls this “Don Draper Syndrome”, after the Mad Men character who dumps a clever Psychologist girlfriend for his secretary. This strikes me as a little unfair. Maybe her ex-boyfriend has a power complex, sure, but equally, maybe he fell head over heels in love with the editorial assistant on his magazine? And maybe, if that is the case, he (not to mention his wife) will feel pretty insulted when he reads about how his ‘feelings’ are based on his dislike of powerful women rather than romantic love.


The assumption that all men are scared off by powerful women is a useful one for the patriarchy to maintain. Impressional women who are reading this stuff may think twice about that career if they believe it might impede their romantic life (hardly anyone, male or female, enjoys a life of celibacy) Equally, after reading Grazia’s piece about how you need a good husband for a successful career is really going to fuck with their heads.


Women buy into this shit because, if they can blame success and not themselves for the end of a relationship, it may act as some small comfort. Rather than examine what went wrong with your relationship, you can blame The Enemy and thus not have to examine your own behaviour. Because, I hate to say it, but the real reason is probably just that he doesn’t love you enough.


It isn’t helpful. It’s also deeply unfair on men. By perpetuating the stereotype that men prefer their women docile and submissive, you’re essentially feeding society’s attitudes. Some men don’t, some men do. But we’re in the 21st century now, guys: if you’re clever and funny and cool, men dig that. They really do. And if they don’t then don’t waste two glossy pages on it- just laugh at them. These men are a dying breed, after all, and we have MUCH BIGGER battles to fight.


It just goes to show that the patriarchy sometimes sucks for men, too.

6 thoughts on “The "Catharsis Column’”