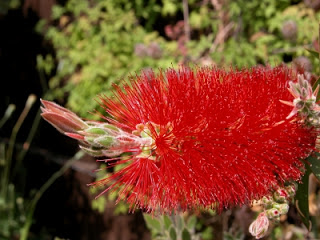 Keep your hair on, ladies! Just kidding.Someone told me once that you’ve got to be really handsome or have a baby face to get away with having a skin-head, unless you want to look like a thug. There are exceptions but I think I agree on the whole.

You’re probably a bit worried where I’m going with this but maybe it’s the same rule with your peach puff. Unless it’s really handsome with a baby face you’re better off leaving the hair on. Hmm, well put like that perhaps not, but does the skinhead theory hold any water?

In the wax-on/wax-off argument I’ve heard it said that with no hair it looks like a little girl. I’ll be honest: I haven’t seen a little girl’s twinklepie for a while so I can’t verify this, but I’m fairly certain, from the corporeal overhaul that is puberty and the sounding it can take through intercourse, that a woman’s viennoiserie looks quite different to an infant’s little dimple, hirsute or otherwise.

Besides, surely between the womanly shape (as in; if she is a woman whatever shape she is is womanly – before you jump down my throat) and the general context of you thrashing around, sweating and quoting the Tempest to her, surely none of this should put you in mind of children, unless you’re really forward thinking.

There are plenty of reasons not to shave or wax your hot slot, though – your man being a potential nonce being just one. Just as men’s facial hair can make them look like an invading viking or a teenage tramp, women have a whole range of set-ups under their laptops.

Your (potential) bush is a pheromone rug which traps the scents that will bring your man or woman to his or her knees (literally) when your body tells them you want them. Do you want to deny yourself this little silent chat up line? I know smell seems to be a bad word for most, but personally it’s my olfactory senses that cement my old brick more than the visuals (another article perhaps?).

‘Tidy’, ‘neat’, these are things that I’ve heard many women describe how they’d like to be seen. Great, some women work that look very well. Desperate Housewives and Mad Men have plenty of these steely types. If that’s you or your thing, go for it.

Removal of the hair seems to be with a view to making the area neat and tidy but what about the actual summer pudding itself? What if that’s not neat? What if it looks like a salt beef deli special or a half eaten kebab? Funny how those sound like insults but they’re both things that men enjoy eating.

Why don’t we hear the proud cries of the guys who love to leave a fanny looking like a toddler punched a hole in a baked ham? The truth is I don’t know if I hear that many guys go on about liking a nice trim pink slim either. I think women’s fears are played on more often than not, and many choose what seems like the safest option.

We haven’t ever been able to choose who likes us and what they like about us and nor should we. If you want to look like you have the Bee Gees in head- and thigh-locks then go for it. And yes of course a certain percentile of people may not have sex with you due to that. Congratulations, you just saved yourself the time and hassle of finding out later down the line that they’re not your style. How many people can you shag at once anyway?

I love variety myself, I love seeing how hairy it can get and, if she fancies a change, I’m also tickled to see how it looks all kempt like. Whatever condition makes her comfortable enough with it for me to do whatever unspeakable acts I’m plotting is A OK with me.

Well I hope my rantle (has anyone coined that portmanteau yet?) has irked the same people who attacked my previous musings for not being some sort of agenda-driven manifesto last time I posted. I’m a man. What do I know about this stuff? Tear me to shreds. I can take it. Sniff.

I love a debate so I have no intention of wrapping this article up so I won’t end on that. Here’s another question. Considering that a man has to have a scrag of butcher’s off-cut dangling between his legs, does what you look like down there matter all that much anyway?