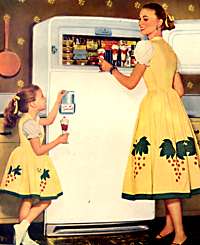 http://www.dailymail.co.uk/femail/article-2131769/Will-YOU-inherit-mothers-body.html
The day had started out rather neatly until this turd of an article appeared in front of me. Top and centre, complete with big picture, the doom-mongering headline asks: WILL YOU INHERIT YOUR MUM’S BODY?” This is annoying for several reasons, firstly because no one gives a crap and secondly it’s the wrong question. Once she dies I might inherit some of her jewellery and other bits and pieces but certainly not her body – unless I go down the “Psycho” way and read up on “Taxidermy for dummies”. But morbid humour aside, of course what the Daily Fail is scaremongering about is that should you fail to stop ageing, will your body end up looking like your mum’s? This is a frustrating non-question because if my mum is indeed my real mum as she always proclaims to be then yes, it’s likely I will. It’s called genetics and the only options I have to avoid it is to either become morbidly obese or a professional body builder.

But investigative journalism is the Fail’s forte and so we’re treated to three ‘brave’ mother and daughter couples stripping for the camera and chatting to Antonia Hoyle about their looks. Predictably, the older women begrudge ageing, desperately wishing to turn back the clock. To spare you from having to read this trash yourself, here are some choice quotes:

“Lyndsey (daughter) has never needed to do much exercise and doesn’t have to try to keep slim. I love her athletic bottom — it almost looks as if she’s had buttock implants”“I was pleased when Lyndsey told me she was having breast implants, because I knew they’d do for her self-confidence what they’d done for mine”.

“Mum inspired me to have breast implants”.

“I worry about wrinkles — I’m getting crow’s feet and hate the thought of looking older”.

“I have a few dimples at the tops of my thighs, but Brina (daughter) doesn’t have any and if she keeps her weight down I think it will stay that way”.

“When I look at Brina’s slim physique, I feel full of regret that I let my diet and exercise routine slide, and I urge her not to do the same”.

“Mum’s put on a couple of stone recently and I think she looks good curvier, but the extra weight wouldn’t suit me”.

Of course, there is more gems like this to be found but you get the idea. This dissection of women’s bodies in the media is always billed as helpful in coming to terms with their body image but really all this article does is say that as a woman, you’re not allowed to age. It needs to be avoided like the plague (aka the Daily Fail). The only available options being cosmetic surgery or going into hiding in a remote cave in the Sahara once you hit 40 so you don’t offend society with your wrinkles. On balance, I’d stick with avoiding the Fail.

Regrettably, it has emerged recently that Paul Dacre will continue to edit the Daily Fail for at least another three years but maybe once a new editor is in place we can all look forward to a piece entitled “Will you inherit your predecessor’s shoddy standards of journalism?”