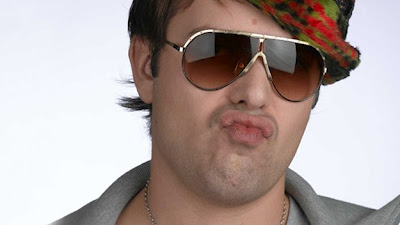 The advertising game is no longer like anything resembling Mad Men. This should not be a surprise to you- Mad Men is sleek, sophisticated. It has panache, and, increasingly, great jokes, mostly brought to you by the inimitable Roger Sterling. In contrast, modern advertising, in my limited experience (one eight hour day at a London ad agency before I was sacked for a ‘demonstrable lack of enthusiasm’), consists of white, open plan offices sponsored by Apple and populated by a ‘crew’ of ‘funky’ graduates (also sponsored by Apple) sporting Crayola coloured hoodies sponsored by American Apparel, sitting in ‘iPad doodling zones’ and engaging in such levels of conversational onanism that A A Gill begins looking like Yogi bear in comparison.
So I wasn’t that surprised when a report called ‘Digital Britain- the truth about how we live today through technology’ landed on my desk, confirming as it did what I basically already knew- no, not that digital reports are the driest thing since my vagina met a speculum, but that advertising is 50% cynical manipulation and 50% smug fuckery.
The 175 page report was drawn up by DARE, who, from a look at the size of the fonts on their website, are aspiring to be the Fisher Price of advertisers. They also have headings such as ‘how we work’ and ‘how we play’, which betray an even more cynical desire to appeal to yoof than your neighbourhood’s sinister white van man. Just look at the way they describe their offices (I made them up before): “Right in the middle of the floor is a large open area known as the Crow’s Nest. It’s where people come together to think, create, chat, eat and play table tennis. If you need a bit of privacy, you can book one of our Room 101 themed meeting rooms like Buttons, Knitted Gloves or Clowns.’ In other words, it’s a playground for twats. It’s ok though, because according to one graduate trainee: “tell your friends about your job at dare and you can guarantee their reaction-jealousy.”
We must have totally different friends. The only place my friends would be jealous of me working is a first edition bookshop-cum-marijuana dispensery.
But anyhoo, on to the report. It’s not so much the workaday nineties sexism and casual use of stereotypes in the report that offends me, but the crap standard of puns.  A good pun is like a month of Sundays. A bad pun is like having your period every Sunday for a month.
You can imagine the author’s smug face, smiling like that of a toddler yelling MUMMY I JUST DID A POO IN THE POTTY. Basically, this report reads like it was written by a Sun reader with a back catalogue of mother in law jokes and a boner for search engine optimization.
Also, the frequency with which they use the term “penetration” to mean ‘uptake/making you do stuff by infliltrating your MIND’ is alarming. So, without further ado, here are the highlights:
‘So far we’ve seen nothing a casual bit of stereotyping wouldn’t spit out. But there are some surprising findings which armchair bigots might not guess.’ THEN:
”Tell your friends about your job at Dare and you can guarantee their reactio‘British women are also nosier than their men, with 14% of wives reading their husband’s emails and 10% checking their browsing history, Clearly, technology has neither got in the way of men’s sexual proclivities nor the orbiting suspicions of women.’
- ‘orbiting’? I AM JUPITER, 20% hydrogen and helium, 80% irrational paranoia
“Game birds: Yes, cars, sport and a lot of high finance are still male-dominated but in personal finance and financial advice women have the edge…in online gaming women are a level ahead too, although only on the gentler, casual games.”
- ‘Hey, Rupert! I’ve made a time machine which transports you to Tiger Tiger in 1996. Denise Van Outen and Sara Cox will be partying hard and there’s a keg of Grolsch. Next Friday, yah?’
“Bad girls: For example, porn slides in above the already-popular health, clothing, and family and parenting sites in overall global usage for women.”
- Slides in? Slides in? A porn pumpathon would be preferably to a night with the skeezy author of this report. Except I can’t watch it, because that would make me a very, very bad girl. I’ve been such a bad girl Mr.Advertising man, such a dirty naughty bad girl.
“So while men are filling up on a fulsome show or film length video, women are snacking from YouTube.”
- Me- man. Man eat steak. You- Ryvita woman.
“With the exception of mobile (see later section), women are the backbone of the internet: buying, chatting and playing, in innocent and not-so-innocent ways. To brands, the cleavage [my emphasis] between social and spending should be attracting a lot of attention – therein lies enormous opportunity.”
- Come on boys, DIVE IN to my playful cleavage. Beneath my heaving bosom there is an untapped well of marketing potential just waiting for you to spaff all over.
“If women are nurturers – putting more time into maintaining social networks, searching less and getting information from their friends – men are the information and entertainment hunters.”
- I really must start breastfeeding my Facebook friends more.
“The good news is that the balance is being redressed, with women strutting from 18% penetration in 2010 to 39% in 2011.”
- This is me strutting away from your penis.

3 thoughts on “Sad Men: More Smug Fuckery From The World of Advertising”