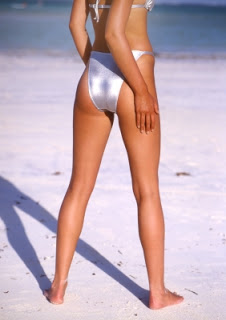 If you prick P-Midz, does she bleed? Does she ever lie awake at night, thinking about death? Does she suffer from colds, sometimes, or self doubt? Or read books about the history of chicken farming in Venezuela? Does she ever proceed to take harmless, if petty, revenge on the suit who swiped the last seat on the tube by gazing fixedly just above his forehead for the duration of the journey, making him squirm uneasily in his seat? In short, is she a real-life, thinking, emoting human bean rather than a totem pole for a nation’s collective anally-fixated sexual fantasies?
Poor Pippa. She already had it tough, but it’s got a shade worse in today’s Evening Standard, in which Pippa is reduced to the human equivalent of kitschy union jack bunting.
Beneath an unflattering photo of P-Midz, in which she squints dolefully out from underneath an oversized fascinator, Sarah Sands trills that we should ‘Let Pippa Star This Summer’. In summary, Sands thinks Pippa’s a fittie and therefore should appear at more public events as a ‘gorgeous adornment’. Word on the street, at least according to the indignant Sands, is that the powers that be think that the Olympics is ‘too high profile’ for the likes of Pippa, though they were happy to have her at their Jubilee river fiesta. Fair’s fair – the powers that be might have a point. The Queen’s knees-up is one thing – a time to marvel at the Queen’s ability to make pastels look sharp while consuming your weight in vol-au-vents – but a world-dominating sporting event’s quite another. Collective madness seemed to seize the nation at K&W’s wedding, duping an entire country (or at the very least, its journalists) into reducing one woman to an attractive rump. Would the Olympic judges be just too darn distracted by the thought of Pippa’s captain’s quarters pressed up against cheap plastic seating to do their jobs properly, gawping wordlessly, forgetting all about the silly gold and silver medals they were meant to be dishing out and competitions they were supposed to be assessing?
Poor Pippa – see, I’ve done it, too. It must be pretty demoralising, to have everyone talk about nothing but your bottom the whole time. You must feel like you’re not much more than a giant, walking bottom, swaying provocatively from side to side, flanked by wolf whistles and the sort of pallid, quietly frightening men that only appear on low budget MTV dating shows. And now, phase two: editors acknowledging that male journalists writing about Pippa’s foxiness is actually faintly creepy, so paying female journalists to describe her in A Certain Tone. A tone that, if anything, recalls the lavish, faintly dismissive way Wilde’s moneyed, middle aged women talk about the pretty young American girls that populate so many of his plays. Sands argues that Pippa would ‘make a more dashing ambassador for the Chelsea flower show than some of the more faded television roses being paraded for the cameras’, then trumpets ‘Every social event is improved by her presence. Unleash her!’
There’s a surface charm here that leaves a sour taste in your mouth. Pippa’s not a person, she’s a jug of Pimms, a brand, a presence. There’s something quietly horrible about the way the press reduce Pippa to something less than a person. So she’s beautiful. So what? Let’s cut her some slack and start treating her like the real woman what she iz, rather than something infinitely pretty, frivolous and totally objectified.
Cheers for the pic

One thought on “Bottoms Up For Pippa”