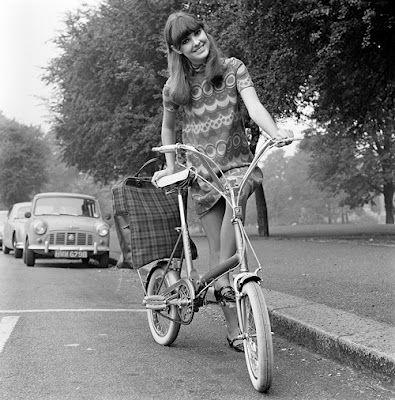 Smugly employed 30-something journalist takes infuriating tone of helpless wonder and amazement at number of young people unemployed and living with parents. Phenomenon breathlessly reported in manner akin to finding a unicorn living wild and free in Peckham Rye when, for god’s sake, this is an obvious and now longstanding consequence of the terrible recession we are in. Smugly employed 30-something journalist apparently heretofore believed said terrible recession was about her magazine reporting less frequently on £3000 It bags. As a gesture of solidarity.
Due to apparent inability of anyone over 30 to discuss something young people do without assuming it’s a cool new thing the kids are into, living at home unemployed is analysed as if it were a cool new thing the kids are into, and not a difficult but financially rational choice many young people have had to make in constrained circumstances. Smugly employed 30 something journalist fails to acknowledge or display remotest sense of empathy about these obvious, real causes of young people living at home. Instead reports on phenomenon as if it were exciting new style of shoe.
Is living at home unemployed a feminist act? Probably, right? In the sense that women do it? And everything a woman does at any time is empowering? Despite the fact all the young women journalist has talked to (about, ooh, three) feel disempowered and upset that they can’t get a job?
Casually dropped reference to spurious, ‘survey’-proven factoid that young people who graduate into unemployment take ten years to recover earning power/never reach their potential/fail to build or support families/73% more likely to die embittered and alone, as though gospel truth, makes unemployed graduate reader panic, feel face heat up, check Guardian Jobs for absolutely anything qualified for, for 34th time that morning. Paragraph goes on to reference Lost Generation, still in shoulder-shrugging, not-a-big-deal tone. Reader takes several gasping breaths.
Casually dropped reference to This Generation’s Outrageous Sense of Entitlement, without supporting or explaining this at all. Reader wonders what the fuck smugly employed 30 something journalist’s generation did that was so fucking wonderful; did SE30SJ storm the beaches at Normandy? Did she? Was she in the fucking mines? Reader thinks about how she would just really really like a job. Does not think she is owed job – on plate, silver platter, or any other serving implement. Honestly. Would just really like one.
Reader tries not to feel worthless, but then worries this brief shot at self-esteem is Her Generation’s Outrageous Sense of Entitlement. Tries to feel worthless again, as penance. Goes to tell Mother, for hundredth time, that she is grateful and can she get any food shopping with her JSA? Tries not to cry when Mother tells her not to do that.

Assertion that everything now is easy and dumbed down for young people commenter seems to assume is bovine mass of worthless be-hoodied ingrates. Discussion of how GCSEs are easy now.
Reader wonders what, exactly, her generation were supposed to do – rise up in the exam hall and issue demands for harder GCSEs? Or work hard and just do the exams they were set? Considers whether commenter is just bitter he or she only has three O Levels. Considers how there is just, honestly, nothing she or anyone in her generation can do about this.
Initially reassuring, then terrifying comment about how commenter never could find a job either, but who gives a shit right because capitalism is the worst, and now commenter lives off-grid in squat with manky but life-giving vegetable patch (actually just grows weed).
Reader, wide-eyed, wonders if she will end up in a squat.
Assertion young people should take the first job that comes their way, employers will run a mile if they see a gap on your CV. Reader considers shelf-stacking or asking for old Saturday job in clothes shop back. Better than nothing right?
Assertion that taking the first job that comes your way is the worst possible thing you can do, employers will run a mile if they see shelf-stacking on a CV. Reader deletes earnest and cheerful email to Tesco’s referencing reader’s well-documented punctuality and love of lifting things.
Assertion that all young people think they are special snowflakes. Links to New York Times article about ‘millennials’ full of American references to American things. Links to studies showing self-esteem-raising major tenet of American education for past two decades.
Reader thinks American education sounds awfully fun. Not sure what it has to do with her. Does not remotely think she is special, in fact is crushingly aware that millions of other young women have a decent Arts degree and some unpaid internships to their name. Would still love a job.
Assertion that previous generations had no use for so much education and were perfectly happy. Reader looks at photo of beloved grandmother on desk next to laptop. Thinks about way grandmother, who had to leave school at 14, gave her £1000 to help with university, plus cards containing £10 after every successful exam, complete with shaky but lovely handwriting imploring reader to buy herself a nice frock and be very, very proud.
Doubtful assertion that commenter is successful small business owner. Increasingly bitter and angry assertions that commenter never went to university and is perfectly fine, certainly more successful than some smug, pretentious, Outrageously Entitled bunch of graduates. Education is, of course, terrible. Assertion that commenter would probably immediately reject a CV if he or she saw something even close to a degree on it.
Reader considers deleting degree from CV and pretending she spent last three years in perfectly good data entry council job she had on gap year to make money for said degree. Thinks about the time she worked flat-out for weeks, 8 in the morning to midnight, before finals. Thinks about how this taught her something about persevering and persevering until you understand something, about hard work and committing and doing it properly. Cursor hovers over degree. Reader leaves it there.
- OOS

10 thoughts on “Every Article About Graduate Unemployment Ever”