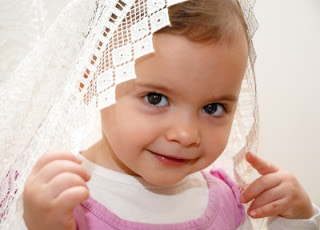 It’s been a good few years since Johnny Cash told us that it’s difficult to be a boy called Sue (yea, yea, I know Shel Silverstein did it first – but sshh, listen!) and we’ve had a fair amount of time to lament his fate. You may remember that the Sue in question was so perturbed about his moniker – even more so than his father’s abandonment of his son at three years old – that he hunts down his daddy and attempts to kill him, before a tearful explanation and reunion. Reunion notwithstanding, the point remains: waltzing around with such a girlie name has given Sue a tough time throughout the years, and though the ridicule is exaggerated for artistic effect, we can imagine similar dilemmas in this age.

When we sit down to name our children (never done it, but I imagine it’s an activity that shouldn’t be done standing, lest it possibly lead to blows), we hardly ever take into account the social ramifications. Much is made of checking that the initials don’t spell out SEX or FUK or something similar, or running through every possible nickname scenario (remember: a Francesca who is raised in Germany WILL get called Fanny.) But it might be worth examining how much social clout a Daisy actually has in comparison to her male counterpart called Daniel. Or whether Fifi Trixibelle – the least fame-hungry Geldof sister – might have been taken more seriously with a name like Katherine or Lauren.

As the semi-proud owner of a silly flower name, I come at this as objectively as I can. Your name is a word that you will hear on a daily basis, for the rest of your life (unless you choose the change it – but you have to have one, either way.) People’s names fly about readily in every context. The first thing you ask a person on meeting them is their name, and now that friending someone on Facebook prevails over swapping phone numbers during a night out, it’s even more important to remember them. Considering these rather obvious facts, it’s actually astounding that we regularly examine the language used to describe women in the media, but we allow popular names lists pass us by that are dominated by names like Lily, Ruby, Crystal and Jessalisalovelibella on one side, and Hunter, Mason, Strider and Steel on the other?

What sort of a world does a Pixie grow up into, as opposed to a Thomas? Sure, there are silly boys’ names – but they tend to be less diminutive. Famous ruiner of children’s names, Jamie Oliver, who managed to name his three daughters Daisy Boo, Poppy Honey Rosie, and Petal Blossom Rainbow (seriously), at least had the decency to chuck a tough animal in when he named his son Buddy Bear. A bear is a little less insulting than the hyperactive neon fairyland imagery that the words petal, blossom, and rainbow give rise to. And your buddy is on a par with you, but a poppy in close proximity with a rose covered in honey is just something ridiculous, cutesy, and probably extremely confusing on a culinary level (ironic, considering the career path that I’ve heard her father treads.)

So what is to be done? Well, very little: girls’ names are still celebrated for being ‘pretty’, while little boys should have a ‘strong’ name to carry them satisfactorily into manhood. My personal feeling is that this stems from a time when men were expected to change throughout their lives – have their boyhood, then renounce it for a Proper Job and a Proper Life – whereas women were expected to remain in a false infancy anyway, transferred between houses and father figures. And although you could attempt to make a similar argument for all unusual names (although I love unusual names, and am absolutely dedicated to the idea of naming my children Magnus and Margo), please don’t mistake it for the generic ‘Willow won’t get taken as seriously in the boardroom as Olivia’ jibe. Unusual names are great, and awesome, and creative. But the trends in male and female naming choices are real, and can’t be ignored.

Reinforcing gender stereotypes doesn’t actually get anymore linguistically brazen than having a son called Archer and a daughter called Violet. It may seem like an adorable sibset, but perhaps we should be encouraging people to think twice about such a move: when your brother is named after a skilled huntsmen from the eighteenth century and you’re named after a sweet-smelling plant that grows in the garden, you might have something to say about it if you think about it hard enough. And what’s going on with all the hundreds of female names that are just modified male ones? Do we really need more Harriets and Henriettas, Josephines and Thomasinas? Do we need to have a name that a man came to first?

Whichever way you look it, name-giving is another way of subtly selling in old ideas. It may not be the first thing (or indeed the thing) that you ever think of in relation to sexism, but there’s no use in ignoring it when it regularly shouts right into our ear on the playground, in the office, and in the courts of law. So let’s hear it for the Scouts and the Morgans of this world. You go, girl-boys! If I can’t tell your sex until you walk into my office, I think your parents might have been doing something right.

19 thoughts on “How To Name Your Daughter”