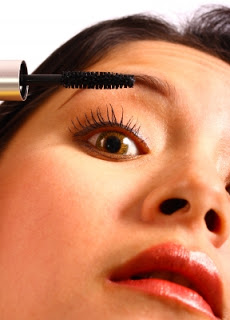 In its trademark moderate and anti-scaremongering tone, the Daily Fail today lent us some more sage advice on feminism. ‘Why Holly’s BETRAYING women [their capitalisation, not mine] by going bare-faced, says Liz Jones, who argues that real feminists trowel on the make-up’ read the headline, attempting as usual to only attract the most discerning readership through its clever subtlety and nuance. What follows is a garbled article that attempts to relate itself to the aforementioned headline, while also making the opposite point entirely.

Liz Jones has put up a photograph of herself without make-up on, compared it to Holly Willoughby’s own attempt, and pointed out that the latter’s is most likely not entirely au natural – or, in Liz’s words, Holly’s lips are ‘so red and plumptious she resembles a drag queen.’ Plumptious. Yeah. Kind of ironic considering that Liz’s ‘glammed up’ (her words!) photo shows herself with poreless skin and differently shaped cheekbones, both courtesy of Photoshop, but I’m not one to nitpick.

Poor Liz doesn’t seem to know where she stands on the issue (if indeed there is one.) She hates women who claim ‘my husband loves me for who I am.’ She claims that such women ‘know men hate make-up’ and ‘so they pretend they need no help.’ And she ends on ‘putting on make-up is part of being a woman’, before slightly apologetically claiming that she has to wear it because her gene pool is in some way inferior (a sentiment I could be convinced to agree with, but not on account of her looks.)

Essentially, this is another ‘shock jock’ piece churned out by the Fail and one of its chief minions: a bait to which we should not rise. But the sad thing is that she ridicules the idea of a husband loving his female partner ‘for who she is’, to an audience that far surpasses that of almost every online UK publication in sheer numbers. The message – that every woman REALLY knows she’s not good enough unless she’s got at least two layers of foundation and mascara on – is as terrifying as it is mundane. And the claim that it is ‘anti-feminist’ to eschew this facepaint is just plain nonsensical.

Feminists come in many forms, and whatever Liz Jones would have you believe, they manifest as make-up artists and clean-faced hippies, high-heeled vegan lesbian photographers with blue eyeliner and barristers with foot fetishes who have never so much as hidden a blemish with concealer. Feminism has never and will never be about make-up. We are never betrayed by people who join our cause and believe in equality between the sexes. A glittery tube of strawberry lip gloss should never be an insurmountable barrier between us.

Make-up, as with fashion, can be a delightful use of self-expression. Undeniably, it has also become such a social ‘must have’ that there’s almost no use playing ball anymore on a playing field so out of kilter. A man is not expected to look radiant, wide-eyed, and plump-lipped 24/7 – we know this as much as we know that despite our wildest fantasies, your boyfriend is unlikely to find your underarm stubble as sexy as you find the stubble on his face. In other words: double standards exist. And it’s our job to challenge them, rather than attack other women who dare to address that fact in any way.

That authority on feminist theory, Beyoncé, once sang, ‘If I were a boy… I’d roll out of bed in the morning, and throw on what I wanted and go.’ In its own way, that was a desperately sad lyric to sing in the twenty first century (and you thought Tears In Heaven was a tearjerker!) But never fear, Beyoncé: you are a woman. And so you’ll roll out of bed in the morning, shriek at your own reflection, Liz Jones will berate you for looking in the mirror in soft light, and then she’ll emerge from inside your wardrobe, Spanx in hand, and let you know when you’ve applied enough slap to be officially considered feminist again.

Thank God for the Daily Fail, eh? We almost all got too big for our boots there.

10 thoughts on “Make-up Tips for Feminists”