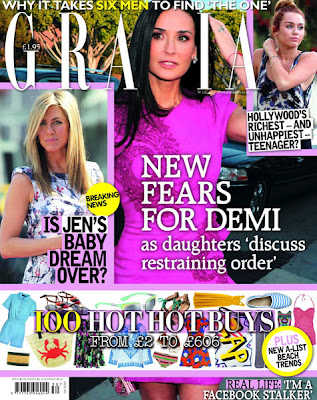 
UPDATE: We had a little debate on Twitter, and Laurie has come out and said that she DIDN’T write for Grazia, but was interviewed for a feature. So although it LOOKED like she wrote it, and had a byline photo etc. she didn’t. However, it did lead to a rather lengthy debate on what constitutes compromise for journalists/whether it’s better to have SOME feminism in a mainstream magazines rather than none. You can let us know what you think in the comments.