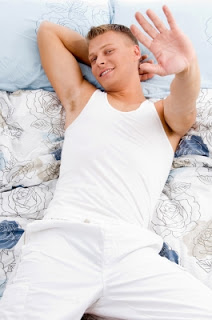 So – UniLad, the self-styled Mordor of Lad Banter. The Vagenda has had a brief glimpse at its content in the past, before vomiting profusely and having to have a half hour sit down in the dark. In other words, I’d been hearing about its hijinks for a while – and following a Facebook acquaintance’s repeated posting of ‘hilarious’ pictures from the site, a mixture of curiosity, masochism and an abundance of post-exams free time drove me to actually sit and read it in an attempt to understand ‘lad culture’. I felt compelled to report back on what I found.
As you may or may not remember, the site is basically an instruction manual for LADS (it’s always capitalised) on how to conform to a view of masculinity so archaic it doesn’t so much pre-date the Second Wave as pre-date the invention of the wheel. Yes, the site is a festering pool of misogyny, classism and homophobia, but the more I read, the less I felt outraged and the more I felt simply contemptuous – even pitying. But let me explain.
The actual TOP 5 DO NOT’S OF BEING A LAD (and nothing says being secure in your gender identity like capitalised prohibitions on certain behaviours!) is as follows: LADS must not listen to music, ever turn down sex, alcohol or the chance to play Fifa (or, um, use Tumblr.) These instructions clearly have nothing to do with impressing women, seeing it’s fairly common knowledge that being a borderline alcoholic sex pest with no interest in anything but football isn’t exactly a foolproof way to get laid.
In fact, what slowly dawned on me as I read further into the terrifying cesspit of UniLad content was that the constant quest for ‘gash’ has less to do with sex for its own sake, and more to do with reporting back to the LADpack (yes, really) afterwards. It’s almost as if without meaningless sexual encounters with women they have zero respect for or even interest in beyond the thirty seconds between boner and ejaculation, the LADS would have nothing to BANTER about – banter being, as we all know, what people who can’t hold ‘conversations’ do to pass the time. What amazes me most about UniLad is probably this quality: how it manages to turn the popular pursuits of sex and drinking into a tiresome point-scoring contest of proving one’s masculinity to the rest of one’s apparently equally insecure male peers. This is done namely by seeing who can drink the most and score the most, even if that means ending the night in bed with a girl you find repulsive, or possibly throwing up in a taxi. One of the tales starts by happily recounting a night of ‘projectile vomiting into club toilets.’ All night long. Woa guys, way to go about living the dream!
The obsessive focus on ingesting fluids in the form of beer (or possibly spirits, to really daringly push at the boundaries of heteronormativity) and expelling them in the form of yet more meaningless fluids as the only worthwhile leisure activity while at university is so repetitive, mindless and one-dimensional I actually got bored reading it. What is perhaps even more ironic than the constant use of the word WENCH is the way that the sexual liberation the LADS enjoy has everything to do with a movement called feminism, and nothing to do with the bizarre sexual double standards their shitty site espouses.
Page after page of what would be termed ‘lifestyle articles’ if they were about a million times better written reassure lads that the essence of manhood involves drinking eight pints of lager a night and constantly imagining sex with the women around you, despite it rarely actually happening. After all (and all quotes are genuine, apart from the spelling mistakes I had to correct); “thinking about sex all the time might cause a few misjudgements, but at least you’re misjudging tits”. I don’t know about you, but if my every waking moment was consumed with a mostly fruitless quest to shag anything that moved, I probably wouldn’t want people besides my resident counsellor to know. I wouldn’t think it made me some kind of liberated latter-day Wildean hedonist; I would assume it made me sound deeply sexually and socially inept.
This view was only confirmed when I encountered sex tips like “a girl is sexually driven by her mind and not her body”, which reads more like a reprint of a Victorian sex manual (you know, because women are turned on by the thought of weddings and babies) than the expert advice of a modern man who has, I don’t know, had sex more than twice in his life. The creepy emphasis on going for ‘insecure’ girls with ‘daddy issues’ and ‘fat-thigh-complexes’ comes across as projection on a vast scale; if you’re looking for people who use 30-second sexual encounters in club toilets as a way to shore up their low self-worth, it seems to be less the ‘sluts’ the site constantly mentions than the writers of UniLad themselves.
Anyway, if any LADS are offended by the content of this article – and my insinuation that their adoption of the norms of this tragic subculture speaks to nothing more than the abyss where their senses of wonder, revolutionary spirit and/or ability to form relationships should be – I say only this: I am writing this for the purposes of HUMOUR. It’s just BANTER between me and my feminist chums, and failure to find it funny means you are totally unable to take a joke. Got it? Or are you staring at my tits again and thinking about my relationship with my dad?- EK