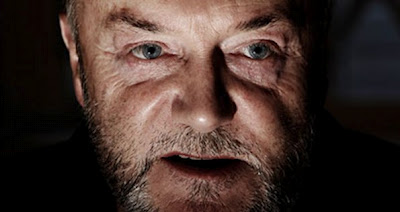 Hey there, old white man in a position of political power. Come and sit down. I have some beef to discuss. Yes, it’s ok for you to sit there. I have given my consent. Do you know what consent is? Consent is me giving you permission to do something. Got that, OK? So we’ll begin.
It seems, oh old white man in a position of political power, that your chums up there in government are having some trouble with some issues pertaining to rape. There seems to be some kind of competition going on. Ooooh FUN! Some of them even think that there is such a thing as ‘legitimate rape’ (TM Todd Akin) , you know, like there’s some kind of rape spectrum, with ‘not actually rape-rape’ at one end and ‘rapey rape’ at the other. Something like this: 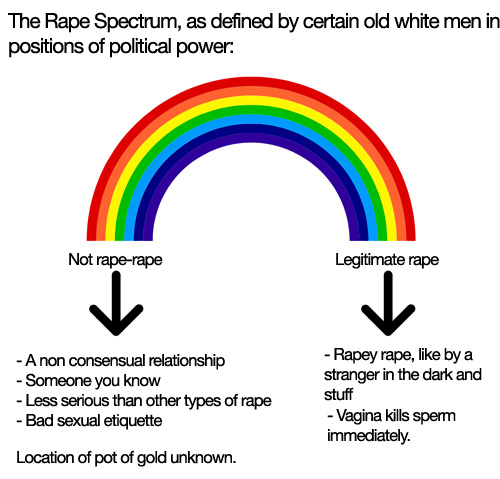 Some old white men in positions of political power seem to think that ‘some rapes are less serious than others’ (TM Kenneth Clark), while their buddies over in the fucking DUNCE corner over there just regard it as ‘bad sexual etiquette’ (TM George Galloway) Do you know what bad sexual etiquette is? Bad sexual etiquette is farting when I’m going down on you, not fucking me without my permission.
I can’t believe I’m having to say this, old white man in a position of political power, fucking me without my permission is rape.
What do you have to say for yourself now?
Perhaps, like Tony Benn,  you’ll say that ‘a non-consensual relationship is very different from rape.’ In which case, I’ll say to YOU that a non-consensual relationship is when some dude decides he’s my boyfriend without my agreement. If he then goes on to fuck me without my permission, then it’s rape. Why are you laughing? Do you think it’s funny?
In that case I’m going to have to throw the book at you. Here goes. Rape, defined under English law:

Under section 1(1) Sexual Offences Act  2003 a defendant, A, is guilty of rape if:
_ A intentionally penetrates the vagina, anus or mouth of B (the complainant) with his penis;
_ B does not consent to the penetration; and,
_ A does not reasonably believe that B consents.

Section 74:  ”if she agrees by choice, and has the freedom and capacity to make that choice” . In the offences of rape, assault by penetration, sexual assault and causing a person to engage in sexual activity without consent, a person (A) is guilty of an offence if (s)he:
Nowhere does it say that it doesn’t count as rape if it isn’t by stranger. Nowhere does it say that it doesn’t count as rape if the two parties had previously had a sexual relationship. Nowhere does it say that a woman has to explicitly state ‘yes, I give you permission to put your penis in me now, on this specific occasion’. I could be passed out after ten tequila slammers. It’s still rape. I could be the biggest ‘slag’ in NW1, with over 500 men in my back catalogue, but if I don’t consent, then it’s rape. I could be a prostitute, or your wife, or asleep. It’s still rape.
Here’s a helpful diagram: 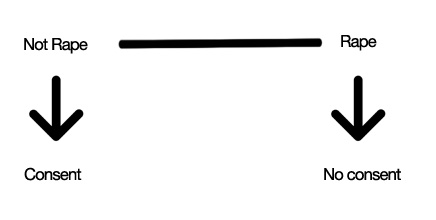 And I’m not even that clever. When a member of the Republican party told me that, were I to be raped, a troupe of magical elves would emerge from my vagina clutching knapsacks containing the rapist’s expunged sperm, I couldn’t believe it was true! Imagine!
So there you have it. Rape. Simples. You can all go back to what ever the fuck you were doing beforehand, because guess what, arseholes? Having a load of old white men in positions of political power trying to give their opinion on what might or might not happen to my body, and what frequently DOES happen to the bodies of other women, well, that really bums me out. It’s rude, and plus, it for a court of law to decide (helpfully staffed by yet more old white men in positions of power, but at least they are armed with a wig and a legal qualification). The law of consent may be a tricky beast to negotiate, but thankfully that’s not your concern. Your input is not needed.
Toddle along, now. There’s nothing more to see here. Except my RAGE.