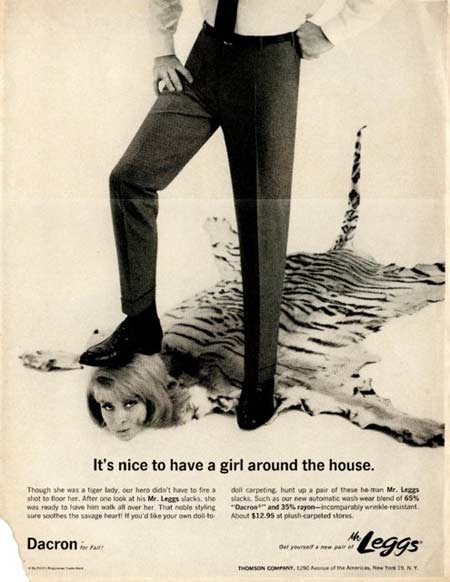 As I write this, the house is in chaos. People have been moving in, moving out, and moving rooms, so there’s stuff everywhere. As we wade slowly through it, I’ve noticed myself becoming more and more obsessed with homeware and interior decoration. I’ve become addicted to blogs like apartment therapy and fuck your noguchi coffee table, and I devote an unprecedented amount of time to thinking about where stuff should go and things that I can buy to make the house nicer. But why? Why am I spending hours on the Zara Home website, and why do I care about cushions? What reason could there possibly be?
It’s because I am a woman.
Now, before you all jump on me like Radfems with pitchforks, let me explain. I don’t think that I’m biologically pre-conditioned to be interested in sofas. That would be bullshit. You know all that caveman stuff is pure speculation, right? No one knows what pre-historic people got up to. It’s all a con. FUCK EVOLUTIONARY PSYCHOLOGY. (P.S Read this)
I don’t even think it’s because of all this Pinterest Instagram tedium that seems to be going on – I have no interest in showing random internet strangers what my bathroom looks like, especially when I barely have the willpower to invite the people I love round for dinner. Nor do I give a shit about keeping up with the latest designer trends, seeing as I grew up in a house that had the same horse hair spiders’ nest secondhand skip sofa for nigh on twenty years. No, it’s much more insidious than that: it’s because I (like many over women) have been taught, whether explicitly or implicitly, that my place is in the home.
If you’re squealing ‘OMG RETRO!’ at the screen right now, you’d be right. We all thought this preconception died a death once women had liberated themselves from the shackles of housewifery, but actually it’s alive and well, whispering evilly at you from the pages of interior design magazines and telling you your curtains are crap because they’re not made of woven far-Eastern man-smegma, or some such nonsense. Basically, the ‘a woman’s place is in the home’ school of thought has become cloaked in competitive lifestyle bollocks that tries to hypnotise women into festooning their houses with consumer goods using the salaries that they fought so hard to have access to.
So if it’s all bollocks, how come I’m still buying into it? It’s partly because I’m a freelancer, and therefore my place actually IS in the home, and I don’t want to spend 99% of my time living in a shitpit, but it’s mostly because society has taught me that making the house nice is My Problem. Think about it: from a very, very young age, lots of little girls spend a not insignificant amount of their time arranging furniture, whether its with a doll’s house or Sylvanian families. We play house, draw pictures of houses, and read books such as the Famous Five in which Anne always stays home to tidy the cave while the others (and George doesn’t count because she is more like a boy) go out to catch the smugglers. I remember being six and lusting after the pristine white bedroom in the film version of the Water Babies (as a result I had a slightly off-brown stained carpet for my entire adolescence). By the time I became a teenager, my room was papered with posters and photographs, while my male contemporaries lived in monastic, characterless minimalist cells which smelled faintly of sweat and urine.
But it’s not until you live with a boy that you realise how few of them give a shit about house stuff. I vividly remember my friend Laura’s shock at the discovery that her boyfriend didn’t own a towel. ‘HE JUST DRIP-DRIES!’ she shrieked, in her Mexican accent, while buying up the whole bathroom section of Primark. At university, you avoided going into boys houses if you could help it. Once, at a friend’s house, I queried the presence of a brown banana skin in the shower. ‘I was hungry’, he shrugged, before sweeping five ancient  festering pizza boxes to one side in order to roll a spliff.
All this isn’t to say that men are irredeemable slobs and women are incapable of being slatterns. I know some incredibly filthy women (we’re talking overflowing ashtrays and last month’s dirty knickers on the floor) and yet, no matter how rank the mess in their bedroom is, their curtains will usually match. It’s bizarre.

You don’t really realise how much more you care about this stuff until you move in with a boy. Every question regarding furniture etc. is constantly met with a baffled shrug. Two days ago, my boyfriend found my list. I don’t mean the list I made while I was at university of all the men I slept with rated out of ten (that list went missing months ago and I had been worrying about his discovering it on a regular basis up until yesterday, when I found it and burnt it), but the list I had made of things we needed for the house. It featured items such as ’6 x cushions’ and ‘towels’ and ‘butter dish.’ That’s normal, right?
Apparently not. Two days ago my boyfriend found my house list and did not stop laughing and pointing at me for a full half an hour. He was basically crying with mirth. He particularly finds the butter dish hilarious. Yesterday he texted me: ‘What are you up to today? Looking at more butter dishes?’
‘I already know which butter dish I want, thank you,’ I replied, coldly.
While there’s nothing wrong with wanting to have a nice house, I felt massively embarrassed for caring about something that isn’t even on his radar. Then I felt massively embarrassed for buying into the whole ‘woman in the home’ stereotype, which is why I am writing this tediously long article as a kind of penance. Why is it that I care about this and a lot of men don’t? Is this just more bullshit that women have to worry about? Is it because their mums buy their pants and towels for longer? Should I buy my hypothetical son a doll’s house or encourage him to do up his own room? SO MANY QUESTIONS.
Thankfully, for me, worrying about interior decoration has never actually translated into becoming house proud. When I was little, I painted my dolls house in vivid colours and filled it with a strange array of eccentric furniture and characters. Thus a winged pig lived happily alongside ‘Fairy Potato’ (a potato with a face and cocktail sticks as arms and legs- we didn’t have much money), while Boglins took baths with Disney princesses. In other words, the small-scale equivalent of my house now. But perhaps it’s only a matter of time before those home-improvement whispers wear me down, and I start to devote my weekends to antiquing. The only solution, it seems, is to leave the house as much as possible. Perhaps it’s time to decamp, with laptop, to the nearest coffee shop.

13 thoughts on “A Woman’s Place is in the Home”