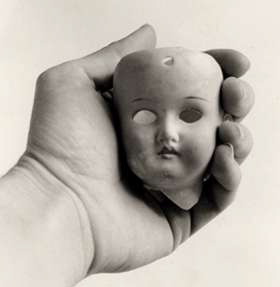 As the summer of Fifty Shades of Grey staggers bow-legged to a close, a slew of imitators are popping up like the demonic little heads of a hydra. Demolish one of them on the grounds of anti-feminist principles, and ten more leap forward to take its place. And, working in publishing, there are hordes of such suitors mounting up (ew, everything is a euphemism now) on my desk.
I’ve read more of these erotica submissions than I possibly have had hot dinners, and generally I find them pretty appalling. It’s not just the prose style (‘he blinked at her, like a Christmas tree’ is particularly memorable), but the relationships that they depict. I understand the arguments about getting female sexuality and fantasy out into the mainstream. But it’s the nature of what this fantasy is that I find just a bit disturbing. In this respect, I’m yet to find a book I’ve loathed more than Gabriel’s Inferno. This is a self-published title, which has been picked up by Penguin USA. Even without a major publisher, it got to No. 35 on the New York Times Ebook chart, so you can probably expect it to be thrusting itself in your face before too long. It’s the tale of aloof Professor Gabriel Emerson and his hapless student Julia, both of whom have a thang for Dante.
Julia is yet another heroine in the mould of the pale, emotionally stunted, shy virgin. She is depicted as so utterly useless that it’s a wonder she has actually learnt to wipe her own arse without a substitute father figure supervising. She is crippled by a sense of her own inadequacy, unable to make herself heard in class. She is terribly physically fragile. One of her love interests observes, ‘how small her hand was in comparison to his. He could have bruised it just by flexing his palm.” This makes me feel a bit sick. Julia’s most shameful moment? As follows:
She winced and blushed from head to foot as several of the smaller contents of her bag spilled out, including a tampon that rolled under Professor Emerson’s desk and came to a stop an inch from his leather briefcase.
Why? Because he realises you’re an adult, menstruating woman, not a Victorian child bride? Btw, brave tampon, I salute you for trying to escape this woman’s clutches in your desperate bid for freedom. I would have done the same.
Julia then goes on to worry about “fouling” the entire interior of Professor Emerson’s stupid leather-clad car, when he gives her the obligatory lift home in his big metal penis extension. This is not by doing the decent thing and shagging him over the gearstick, or even by dangling a couple of tampons from the rear view mirror, but simply by sitting in it when she’s a bit wet from the rain. Just sitting:
“I’m sorry I’m ruining your upholstery,” she offered hesitantly.
Professor Emerson’s fingers tightened on the steering wheel. “I have someone who cleans it when it’s soiled.”
Julia bowed her head, for his response hurt. Implicitly, he had compared her to dirt, but of course, that’s what he thought she was now. Dirt beneath his feet.
And then, after a whole book of this sort of thing – including an ongoing metaphor about how awful it is that Julia is reduced to eating couscous, that bastion of depravity – we get to the big lay scene. Key highlights are as follows:
He smiled patiently and pushed back on one arm. “This isn’t a good position. I need to move you.”
“I thought—me underneath you, isn’t that right?”
“It’s the worst position to lose your virginity in,” he explained, planting baby kisses across her shoulder.
“I think I’ll like it.”
Gabriel pulled back. “Not for your first time; it would be too easy for me to hurt you without realizing it.”
Urghhhh. He goes on to explain: “I like being on top, I won’t deny it, but you’re very small, sweetheart, and very delicate.”

Ah, that’s alright then. God he is such a considerate lover. I wish my first time had been like this. When she’s bravely endured the horror of penetration, and has had at least four of her requisite fourteen first-time-sex orgasms, Gabriel rewards her thusly:
“I love you. I love you. I love you,” he chanted above her, in time with his movements.
Sex ain’t no time for beatboxing, Gabe. But it’s the aftermath of their “coitus” (as I’m sure Pro’ Emerson would wish to call it, as he is such a total scholar babe), that really takes the proverbial biscuit. Anyone for a bit of post-sex first aid?
“Just let me look, darling.” His whisper was hesitant.
She had no idea what he was asking, so she simply hummed her permission. Then tentative fingers grasped her knees and a gentle hand lifted one, angling and spreading her wide, but not too wide. Now her eyes were open.
Gabriel froze as their eyes made contact. “Just a quick look to make sure you’re all right.”
When he’d attended himself in the washroom, he hadn’t noticed any blood. The realization had relieved him more than he could express. His eyes flickered down and soon he was sighing, his shoulders relaxing. He pressed something warm and soft between her legs.
She flinched.
“I’m sorry.” Again he pressed the damp cloth to her sensitive flesh. There were a couple of pinkish spots on it, but nothing alarming. In truth, he wished there had been no pink at all, but pink was infinitely better than red.
“I’m fine. You just surprised me.” Julia’s voice shook, but only because she was still floating, and the feeling of him touching her there had intensified her sensations.
Gabriel picked up a glass of water from the nightstand and placed it in one of her hands, shaking out a little white pill from a medicine bottle into the other.
“Ibuprofen,” he explained, hastily. “For the pain.”
“It’s not that bad, Gabriel. I wouldn’t call it pain.”
“Please,” he begged.
She was puzzled by his overreaction but elected not to be stubborn, popping the pill quickly into her mouth and downing the entire glass of water. She was thirsty.
Mmm. With Julia now squarely in the role of a barely-conscious, swooning invalid, things proceed as follows:
When he’d soothed her and cleaned her up, he scooped her into his arms, kissing her forehead over and over. He carried her across the threshold of the bathroom.
Julia heard the water running before they walked through the door. “What’s happening?” she managed, holding her head up.
“Let me care for you, baby.” He kissed her forehead and gently placed her in the large and inviting bathtub.
The hot water and rose scented bubbles were comforting. She was still dreamy, but things were slowly coming into focus. She opened her eyes and saw Gabriel standing over her, still naked, still glorious, checking the temperature of the water with his fingers and adjusting the taps.
“Are you still thirsty?”
She nodded.
He disappeared for a moment and returned with a garnet-colored liquid in a wine glass.
“Cranberry with soda,” he said. “It’s good for you.”
She arched an eyebrow at him, wondering how he became an expert at warding off female problems, but once again, decided not to pursue the question. She drank greedily and passed him the empty glass.
Now then, this bit makes me want to do an Elle Woods moment, and – preferably in a packed American court room, in front of the world’s media – point out how, if anyone was an expert in female problems, surely they would not put an individual at risk of cystitis in a bubble bath, as anyone who is acquainted with the causes and risk factors of cystitis knows that bubble bath is terrible for fanny maintenance, seeing as it adversely affects the NATURAL PH BALANCE OF YOUR VAGINA REGION. YEAH, THAT’S RIGHT, EMERSON. TAKE HIM DOWN.
But asides from that factual inaccuracy, there are so many things that I cannot bear about this book, and its ilk. The nature of these heroines’ attraction to Professor Emerson, Christian Grey et al seems to resolve around a crippling sense of their own inadequacy – a need to be validated as a person by the approval of these men. They gladly abnegate the challenge of self-discovery, of self-determinism, in order to be tour-guided around their own lives and own bodies by some control freak tosser in a white cashmere polo neck and designer glasses.
Sex is portrayed as something they have to be terribly, terribly brave about enduring – it bears the possibility of physical risk and damage to them. Yes, they enjoy it (coming five times at the mere sight of a love sausage), but would they be able to speak out if they didn’t? Or would they lie there, beautiful and mute and fragile; a sort of porcelain sex doll, if you will. And the fact that they are ALL virgins creeps me out – it plays into the idea of sex as some sort of a reward for good behaviour. Is it only good, innocent girls who deserve to be adored?
The saving grace with all these books is supposedly that the heroes are pretty much psychic when it comes to knowing what their heroines want, need, like, desire in bed, etc. They make no false moves. But really, is a relationship where a man knows you better than you know yourself really what we want to fantasise about?
- SA