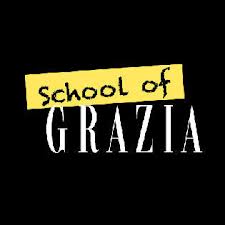 So Netmums did a study on feminism. Actually, it was feMEnism, which looks suspiciously like feMENism (secret patriarchal plot alert!) but is apparently actually just about the rise of individualist feminism, or something like that. Feminism that’s all about ‘me’ rather than, y’know, all those other pesky pronouns.
Depressingly, only 1 in 7 out of 1300 polled women said they’d describe themselves as a feminist, with about half saying that ‘the loss of chivalry, like opening doors’ was the biggest downside to equality between the sexes. Presumably that’s the half who like seeing men literally slam doors in the faces of other men. And to be fair, a bit of slapstick humour on the daily commute never goes amiss – but really, ladies? You’d give up equal pay in favour of a more privileged transition through a doorway?
Anyway, Grazia jumped on board of the possibly-promising study and immediately steered it into an iceberg. Under the headline of ‘Feminism Rules, OK! Err, Or Not Apparently…’, the author lined out her Daily Fail-esque analysis of the world with ‘You might have heard – feminism is on the out.’ Congrats, Grazis – you turned a sedate holiday cruise into the Titanic of social research.
‘A lot of what is written by traditional ‘feminists’ makes me so angry I want to tug on their armpit hair,’ she says, suggesting in the next sentence that feminists never stop telling you to stop shaving, grow your bush and ‘bag the top job – preferably from under a man’s feet.’ How does she know what I’ve been up to on my city-wide excursions, jumping out at other women from concealed doorways and screaming – in a direct quote from the article – ‘don’t even think about waxing your pubes!’? As a feminist, I like to think of myself as the equivalent of pro-lifers outside an abortion clinic, camping outside beauty salons with my ‘Feminism Rules OK’ billboard and a scarf made of my own leg hair, protesting for the oft-ignored rights of your pubic triangle. And only 1 in 7 women are willing to join me? Scandalous.
The article ends on the note that we should stop being aggressive and start letting women have choices. But as you know, the Vagenda prides itself on being a hostile environment that campaigns for as little choice as possible for women, the people we hate and love to oppress. The only people we hate more than women are men *shudder*, which is why we wouldn’t let them ever have a platform on our sacred, armpit-worshipping, po-faced blog.
Oh wait…

10 thoughts on “Grazia Tugs On Our Armpit Hair”