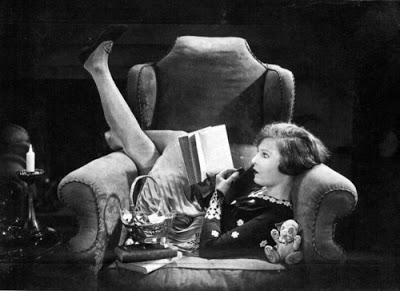 I like my current affairs in small, digestible chunks and can often be found grazing on Yahoo news, which is situated conveniently close to my e-mail account. It usually contains nothing but the barest bones of a story, topped off with a tea spoon or so of idle speculation, and sprinkled with outraged comments and slapdash spelling.Lady News Lite, as I like to call it, makes up at least 25% of Yahoo’s daily output. These are ‘news stories’ categorized as Lifestyle and aimed squarely at the female sex, easily identifiable because of the photo of a bemused, doubtful or concerned woman which accompanies them. Perhaps my favourite feature of the past week has been a piece about the perfect eye shape. Yes, apparently, that is a real thing, and you should be concerned with how to achieve it.

According to MAC senior artist John Stapleton, almond shaped eyes are what we ladies are, or should be, lusting after. Those of you with walnut, or peanut shaped eyes, take heed. You’ve got something else to worry about, in addition to complexion, weight, diet, the circumference of your head etc. Who knew? I’m willing to bet absolutely nobody until they decided to base some make-up promos around this so-called ‘fact’.

Elsewhere in Lady News Lite, there is some thrilling news about DNA. Not only can it be used for research into debilitating diseases like cancer and Alzheimers, but infinitely more exciting is the recent discovery that it can help you find the perfect anti-ageing cream! Simply offer up your saliva in store for testing and an expert will figure out what you’re most paranoid about, I mean prone to, in terms of ageing. At £300 a test, can you afford to miss out?

Well according to Lee Garret, yes you can. In a controversial move, Lady News Lite have also run a feature on the great man’s top skin tips. Lee rightly assumes that perfect skin is something women covet above all else, no matter how they might bang on about world peace or equal pay. But apparently we should all be taking a step back from moisturiser, as it’s bullshit. Rice powder, oil and Vitamin C are what we should be literally feeding our faces with. Did anybody actually bother to read these articles before allowing them to appear side by side?

Guess what else is grabbing the headlines? Ponytails! You know, the style those with longish hair regularly sport, usually because it’s convenient and keeps it out of their face? There’s been an official outbreak of them in celebrity land, and as such, we are witnessing the beginning of a new and fascinating trend. It’s a deceptively complicated process, involving ‘iconic’ hair brushes and perfect positioning. You’d better know what you’re doing or disaster surely beckons.

Now, just in case you’re not interested in serum or snag-free elastic bands, Lady News Lite has been having a helpful look at other areas of your life. Parenting, for example. You shouldn’t eat chips while you’re pregnant or your child is likely to be premature or under-developed. You shouldn’t go out to work after you’ve dropped the sprog because you’ll only end up waiting tables or delivering Kleeneeze catalogues. Still not feeling bemused, doubtful or concerned? Well how about stepping over to Love and Sex, where the seven signs that you’ll be good in bed including the flavor of ice cream you choose, and whether or not you’ve got tights on.

And then, this little gem: ‘If the woman you date wears a crazy amount of make-up or beats herself up about the smallest failing, it’s a sign that she’s insecure and sex won’t be as good as it could be.’

Either that, or she’s been reading Lady News Lite and realised that her strawberry Cornetto is giving everybody the wrong idea.