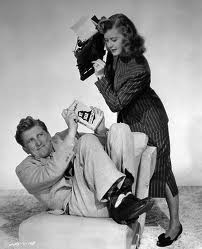 Bloomberg is not a news organisation you usually associate with sexual objectification.
A purveyor of usually excellent and informative business and financial reporting, Nuts or Loaded it is not.
So imagine my surprise (and horror) to see a rating of some of America’s leading business schools based on the attractiveness of their female students grace the pages of Business Week website.
Because, you see girls, this really is what we go to school for. Forget getting an education, getting a fat pay check or getting into those FTSE 100 boardrooms that have so far eluded them; it’s all about providing that all important eye candy for our university’s prospectus.
The post has now been taken down but if you happen to be a female student of the University of Virginia reassured that, according to Bloomberg, you have a one in four chance of being deemed ‘hot’.
However, if you are studying at the University of Wisconsin, Madison hang your head in shame because only around 17% of you get your male counterparts hearts fluttering.
I’m sorry. All those days in the midst of my third year, dissertation induced haze when I went to the library without a stitch of make up on nearly everyday.
I was far too focused on getting a good mark so I could come out of university with a degree that may stand me with a hope in hell’s change of getting a job and forging a career. How could have been so selfish? How could I have not been concerned about my mission to preserve the reputation of the University of Birmingham?
You see I was under the foolish impression that working hard to get an education was more important than the way I looked. I thought that in this day and age going to university was about more than finding a nice, rich husband.
I’m used to Page 3 and lads’ mags parading women around like they didn’t even go to school, let alone university but I always saw Bloomberg as the kind of news organisation that promoted and supported the idea of businesswomen, female board members and female entrepreneurs.
Silly me.
Given that, according to the Daily Telegraph last year, the number of female entrepreneurs in the UK is falling and sexism in the workplace remains commonplace you would have thought that influential organisations like Bloomberg would be doing their best to promote respect for aspiring female businesswomen.
However, apparently they’re more content with writing fluff pieces to cater for Neanderthals to giggle over during their lunch breaks and go back to harassing their female co-workers.
Despite the efforts to finally stop women being treated like window dressing in major corporations, a major news organisations sees fit to rate the potential of America’s future female business minds purely on a ratio of ‘tits to arse’.
Aspiring business women deserve better. Female university students (who now outnumber and outperform men) deserve better. Bloomberg is capable of much better.
Proving that women are more interested in business, politics and current affairs rather than shopping, boys and their hair has been one of the most important and difficult fights feminism has had over the past forty years. And it is so far from done.
I knew the likes of Fox News, the Daily Mail and the Sun were against us but I always thought the more level headed news organisations like Bloomberg had our backs.
Clearly I was wrong.
- CM