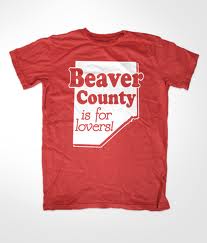 Last year, while making preparations for my outfit at Birmingham Pride, I pulled out an old t-shirt from when I’d been a Brownie and lived in Western Pennsylvania, USA.  The t-shirt says, “Girl Scout” – and, underneath it, “Beaver County”.  I know, right? The lesbian subtext was too much for me to resist.  So I happily modified it (read: hacked everything below “Beaver County” off the bottom) and planned on wearing it as an ironic testament to how blindingly obvious the homo within should have been to me in my youth (I still fervently believed that boys had cooties at 17, and no straight girl loves Sara Quinn like teenage me did).
But as it turns out, even the best laid plans of beavers and men often go awry. Despite such preparations, I didn’t go to Birmingham Pride. The GF had a nasty cold and so we stayed in bed and celebrated in an altogether different way, which was cool too. And I discovered that the GF, cold or no cold, isn’t feeling Gay Pride at all. While my fond memories of browsing sex toy stalls with a warm beer in my hand and dancing with glittery, toned, half-naked men throughout the streets of our fair city kept me coming back for more, she was wholly unconvinced by the idea that one should make a yearly pilgrimage to the holy land of homosexuality. Her attitude was: “I date women… so fucking what?”
Personally, I love the concept of Pride because to me it represents acceptance across all colours of the rainbow. However, that’s how it often stays: a concept. In reality, the LGBT community can be just as obsessed with box-ticking as any other section of society. We’ve probably all experienced or witnessed it: straight men who constantly have to defend their heterosexuality due to their supposedly ‘feminine’ or ‘flamboyant’ personalities; ‘femme’ lady-lovers who get overlooked in gay clubs because ‘they’re probably straight and/or just experimenting’, and the ‘greedy’ bisexual in the middle who must surely either be a closet-case or a liar. At university, I studied Marcuse and his concept of “profitable conformity.”  And while what this actually means has long evaporated from my tired post-uni brain, I look around at all this “gay culture” and notice the price-tags, the style guides, the must-have accessories. The community can be far from accepting if you don’t want to buy into their specificities.
Sometimes, it seems like being gay is something you do rather than something that you are – and I’m not talking about the horizontal tango here. You’re often supposed to ‘do gay’ like you ‘do Parisian chic’ when you slip on a pastel shift dress and classic heels. And when you’re a normal workaday girl who just wants to hang out with the woman she loves, that can feel a bit like buying an Apple Mac for the great design apps and then being told that the hipster lifestyle comes as compulsory. ‘But I don’t even like Starbucks triple-shot cappuccinos with soy milk!’ you might cry as they drag you off to the vintage store in Brick Lane for a style overhaul and a pair of oversized frames, but you have no choice: a penchant for Apple must mean that your soul belongs to Dalston. And equally, a talent for cunnilingus brings with it all sorts of social expectations, many of which come from gay people themselves.
Ultimately, I still love Pride Parades and I still love the homos and the queerios.  Discovering my sexuality was a huge step in understanding myself and I’m grateful to the community that showed me I wasn’t ‘just weird’. But I love a lot of heteros too and I still hold a candle for Colin Firth as Mr. Darcy (disconcertingly, so does the GF). What unites us all, whether we love ladies or Colin Firth, is that we are more than our genitals and what we do with them. It seems a bit of a tall order to expect me to download the “how to be a lesbian” manual (Doc Martens: check. Gay Pride placard: check. Latent hatred of men: check), right after I’ve just finished on the “how to be a woman” guide (make-up: check. Cupcakes: check. Pay gap: check.) All I really wanted to do was live in perfect harmony during my normal life where I could have my cake and eat it too, if you know what I mean.
So, while I will continue to douse myself in glitter and drink copious amounts of lewdly labeled cocktails, I will do so mindful that I am more than my lady bits, no matter how they may or may not sparkle. It’s tough enough that Cosmo’s asking if you can be a feminist and vajazzle – to be a feminist lesbian and vajazzle, do I need to have a jewel-encrusted face of Ellen DeGeneres shaved into my pubes? Don’t think I’ll go in for that, thanks, much as I admire Ellen’s sassy wit and sense of style. As far as Pride goes, I’m here and I’m queer, and I love the beer, so I’m sticking around for a great day out. But to me, and to the woman I love, lesbian isn’t a lifestyle.
-LV

4 thoughts on “Lesbian, A Lifestyle”