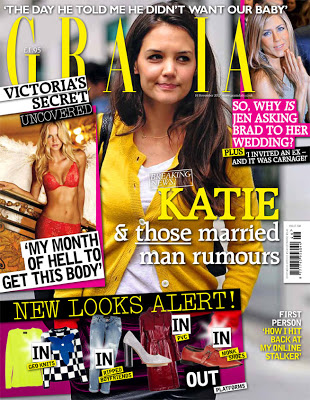 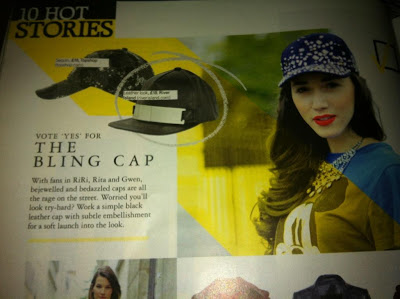 6.) They want to ruin Jennifer Anniston’s life
Grazia have it out for Jen big time. If we were all 15 and lived in the village where I grew up, then Grazia would be waiting outside the local Spar for Jen to pop in to buy some sugar for her mam, before pouncing on her with a lighter and a can of impulse. Wherever she went, from the bus stop to bargain booze, Grazia would be waiting in order to put gum in her hair and call her a loser. Having unfortunately exhausted ‘tragic spinster’ storylines, the Grazis have now turned their attention to destroying Jennifer’s upcoming wedding to Justin Theroux through wanton speculation and chinese whispers. Even when Jen is a happily married woman, I predict that they will continue to torment her until she ends up ‘doing a Britney’ and the world-famous ‘Rachel’ is no more. As a result, women worldwide will have to rely on archive footage in order to get their layers cut in, and Angie WILL FINALLY HAVE WON. Is that what you really want? IS IT?
7.) They’re trying to bankrupt you
This week, the beauty pages feature a £120 ‘Perfection Youth Cream’ that apparently contains something called ‘Extra Marine Filler’ (sewage?) for the simple reason that the journalist in question will have been given it for free by the company’s PR. ‘Get slathering, girls’, she says. It might be two weeks’ worth of Jobseeker’s allowance (and even then you’re six quid short if you’re on the under-25 rate) but if you say so, Grazis. Further along, we have a £70 conditioner suggested as the only way to solve your ‘addiction to backcombing’ (an addiction Grazia probably gave you in the first place by telling you big hair was ‘totes hot’), but even that looks eminently sensible compared to the magazine’s travel pages, which suggest that an antidote to tough times financially might be to hire a castle at the cost of £390 per person PER NIGHT. Er, fuck right off.
8.) Anything they can do can be done better
To get all capitalistic for a moment, let’s think about what Grazia’s unique selling point is. It’s clear from their latest ad campaign (‘have you got your Grazia?) that they consider themselves a ‘must have’ accessory for mindless drones struggling to keep up with the crowd, but there isn’t a single thing that this magazine does that isn’t done better elsewhere. Slightly creepy hagiography of celebrity toddlers? Check out Mail Online. Fashion spreads? Vogue will always be queen. News? A newspaper, or the BBC website. Tedious confessional journalism about ‘women’s issues’? Just about anywhere.
9.) They have no edge to them
Everything’s so bloody middle class and respectable, which is why you end up with sentences like ‘friends round midweek is possible- you just have to keep things non-stressy in the kitchen.’ Meanwhile, working class lasses get Take a Break insania such as ‘My Psychic Dog Has Healing Powers’ and ‘I Fucked a Milkman and My Cunt Caught Fire’ (OK, so that was Viz but you know what I’m taking about). Given the choice between keeping things ‘non-stressy’ in the Kitchen and reading an article entitled ‘SCARED OF MY OWN VAGINA‘, I know which one I’d choose, every single time. Plus, £1 cheaper.
10.) Voting with your feet is massively effective
Sorry to get all serious and earnest on your ass, but as long as we’re providing the demand, then Grazia will continue the supply. Not buying these magazines is one way of making sure that our daughters grow up in a world where ‘OMG SHOES…WANT’ is not their dominant thought process, where they’re not made to feel shitty about their pear-shaped or apple-shaped or butternut-fucking-squash shaped bodies, and where they’re treated as interesting people with something to say and ideas to contribute, rather than airheads with shopping (and backcombing) addictions. Did you know that HALF of girls aged 3-6 in Britain have worried about being fat? Yeah. That’s not a world we want to live in, and we’re not going to stop saying it until something changes.
Until next week. Laterz, Grazis.

11 thoughts on “Ten Reasons Not to Buy Grazia”