I know, I know. You were thinking about buying one of those women’s lifestyle magazines again. But do you remember what they’re like? Really? Let me remind you.

I mean, really? Cosmopolitan’s online guide gets to tell you that? I’m not entirely sure what the advice is if your boyfriend fails this test, but from my complete lack of knowledge considering that I couldn’t be fucked to read it, I’m guessing that it’s to asphyxiate him with an extra sparkly length of tinsel. Happy holidays! 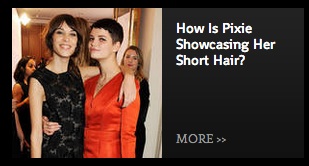 If a single person has clicked on this article, I am willing to pay them for their dedication. I barely gave a shit when my best friend dyed her hair grey the other day, at the age of 23. And this isn’t even an announcement that someone cut her hair: it’s a lowdown on how she’s been wearing her clothes since she cut it. It’s a caricature of its own sheer boringness. It’s a vision of the dystopian future of magazine material. Jesus Christ.
They keep feeding you the same shit, over and over again 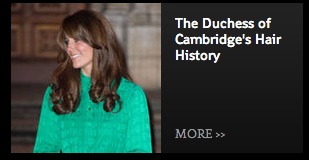 Yeah, seriously. They’re still doing this. But now there’s an actual fucking timeline.
They want you to get buy loads of crap you don’t need

Wow, I’m so glad that Grazia is tuned in to my needs. At least I feel like, with this creepy Big Brother/psych-out strategy, they’re actually becoming a little bit more honest. ‘THE PRODUCTS YOU NEED TO BUY THIS WEEKEND’ says ‘I got sold this by a PR executive’ a teensy bit more realistically than ‘Stuff we tested to make you even more beautiful, babe.’ Guess that’s the difference between the online version and print nowadays: online readers are used to being told they’re fugly on Twitter seventeen times a day, so their buffalo-thick skin can take a bit of ‘telling it like it is’. 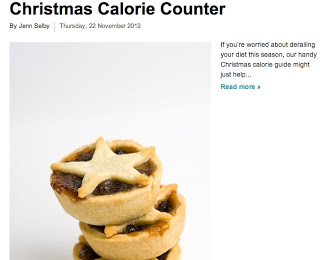 Yeah, Christmas is the perfect time to diet. Why the hell didn’t I replace all the cute little chocolate decorations on my tree with tin-foiled lines of coke? Fast track to thinness! Back in Magland, they’ve got a whole list of stuff that tastes like cardboard to replace the stuff that tastes like mince pies, which they’ve sadistically illustrated the entire article with. You don’t need the cardboard, sweetie. Here, have another glass of Baileys.
They promise you news, and always disappoint 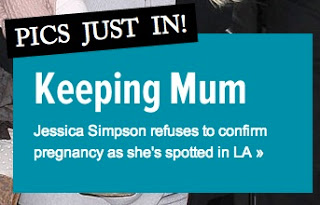 Wow, there are pics of that? Freakin’ get me a subscription to this one, stat, because there’s nothing juicier than the picture of someone refusing to confirm a rumour. Women’s lifestyle magazines rely so heavily on celeb-chasing/-shaming that they never actually have enough news to satiate the demand they’ve created. So you end up annihilating your brain cells while actually forcing yourself to enjoy a photo of Jessica Simpson talking about how her pregnancy test is nobody else’s business. A photo. This is why you end up surfing YouTube for jellyfish fetish porn at two in the morning – your mind needs food, and these rags are just dog-excrement-flavoured chewing gum. 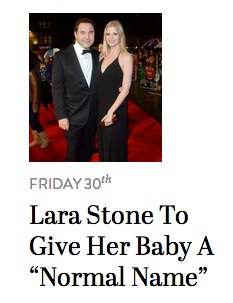 Well, this one speaks for itself. But will he end up being normal in bed?
They’re hella bitchy

OK, so if you’re one of the millions of us dedicated to masochistically jacking up the Daily Fail Online’s numbers, you might recognise that this one comes from their sidebar of shame rather than a women’s magazine. But it does feature in the ‘Femail’ section (see what they did there?) And damn, is it bitchy. ‘Wow, everyone said you were so pretty, Janice. Kind of expected you not to look like you should be consigned to an Ugly Home and banned from breeding. Guess I was wrong. Oopsy, my bad.’ What’s possibly the most sinister about this one is the way its shitty description is followed up by ‘she was all smiles’. ‘Bless her, she doesn’t even realise she’s a vile hag. Perhaps when she sees what we think on the number one website in the entire world [yes kids, that's actually, seriously true] then she’ll give that self-confidence a little rethink, and stop going around smiling all the time.’ 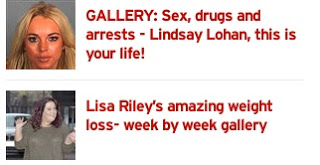 Oh, hey, Lindsay, I guess the court cases and the widely publicised family dramas probably weren’t enough to let you really gain perspective. Since you’re so involved in actually living your life, this innocent-seeming women’s magazine has seen fit to summarise it in three simple words. Sex, drugs, arrests. Bet you’re ecstatic. It might seem a little bit less mental if the majority wasn’t followed by an outpouring of saccharine sympathy that’s about as real as your ex-boyfriend’s pledge to ‘always be there for you’ (if you’re out there, you noncommittal bastard, you’re a cunt. Ahem.)
Good to see Lisa’s losing weight though, eh? It’s probably because she was following the ‘don’t eat anything that tastes good for Christmas’ diet. Or my coke one.
They don’t even really like you
This final one was shared on the Facebook page for More magazine, and gives you the lowdown on what their own stance on women is – y’know, their entire target demographic. No biggie. 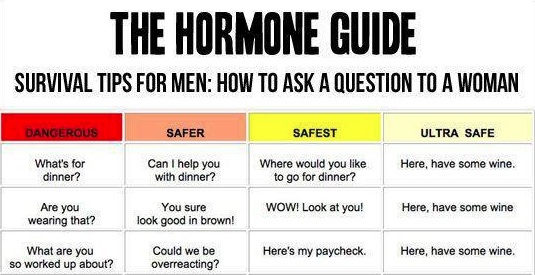 Number three is ACES, right? Safer: ‘Could we be overreacting?’ Safest: ‘Here’s my paycheck.’ Love this shit, it’s like a mirror right on to my life. Now please hold back my hair while I lean over this stack of Condé Nasties and vomit – I don’t want regurgitated chips to end up in the official guide to my hair history.

8 thoughts on “Step Away From The Rack”