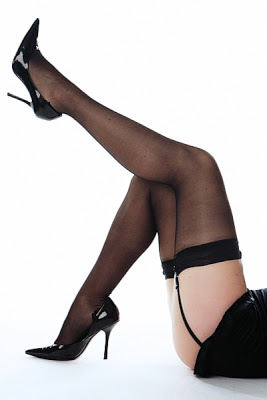 Anti cuts protesters have been saying for months and months that the proposed budget cuts have hit women harder than men. Us ladies, you see, are more likely to be in those specific lady jobs like nursing, caring and teaching that are far too unimportant for anyone with a penis to bother with.
According to the Coalition government, these lady jobs designed especially for ladies were great for giving women something to do other than paint their nails or clean up baby vomit during times of growth and prosperity. But now big, bad, scary austerity is here we need to stop pretending what they do is in any way a vital contribution to society (because it’s not like schools and hospitals need properly trained staff or anything, amiright?).
However, this has meant that there are now a large numbers of vagrant women wandering around gorging themselves on state handouts, popping sprogs and generally making the place look untidy.
Or at least according to certain tabloids they are anyway.
There is now a pressing need to find something that will occupy these ladyvagrants’ time and help them fulfil far more important roles in society.
Luckily, benefit-bashing Tory-superhero IDS (or Iain Duncan Smith, Secretary of State for Employment if you want to know his mild mannered secret identity) has come to the rescue with a cunning plan to get women back to work and doing what they’re told.
Are you currently looking for work? Do you have lady parts? They you are the perfect damsels to be rescued by IDS and his loyal sidekick, Misogyny Boy (also known as lads’ mag Loaded).
Just take a look at this image of a DirectGov advert that appeared on Sunday night. Advertising for those lucky female job seekers who have the skill (and a recent photograph of themselves looking ‘hawt’ naturally) to make in harsh, gruelling but necessary work of ‘Internet Babe Chat’.
Of course, no superhero could possibly be complete without their arch nemesis and this comes in the shape of Proper Employment Woman (or Barbara Keeley, Labour MP for Worsley and Eccles South to be precise) who tried to foil IDS’ plan with a monologue in the House of Commons on Monday.
What a dastardly scheme! Sticking up for female integrity in the workplace? Believing women in vulnerable economic positions should not be cajoled into dubious, exploitative looking jobs? The outrage!
Next thing they’ll say is that she is one of those insubordinate, anarchistic feminists we’ve already read about!
Furthermore, this is the government that hired well known misogynist tosspot Steve Moxon as a witness for their ‘women in the workplace’ enquiry. Moxon attributes the lack of female representation in the workplace as down to evolutionary psychology, and is quoted by the Daily Telegraph as saying:
“The basis of the biology is, ‘Is there a difference between the sexes?’ You are damn right there is,” he said. “Males compete with other males to sort out the men from the boys, as it were; females, preferentially, sexually select the highest-status males, i.e. the males of a higher rank in the male dominance hierarchy…[The workplace] is a hierarchy for obvious reasons that we do not need to go into. Males fit into that very well. Females obviously do not.”
Good thing we’ve got Babestation, eh girls?
Lucky too that we have IDS and Misogyny Boy to save the day! Where would we be without  them? Perhaps still in gainful employment that did not make any reference to ‘babes’. Imagine that!

2 thoughts on “Unemployment Getting You Down? Become a Camera Girl!”