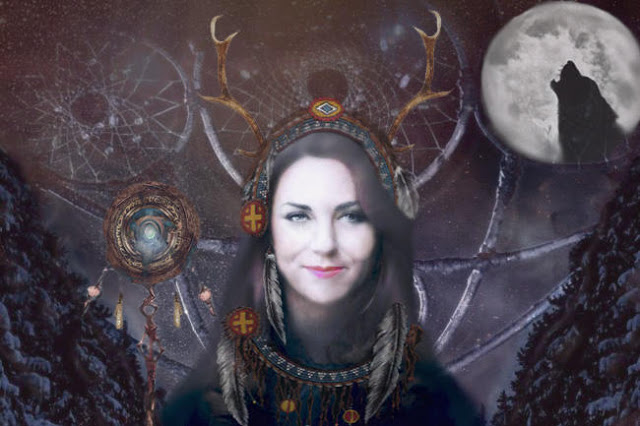 via @redfiddler
Kate’s official portrait bothers me. It’s not just the startling stylistic resemblance to that kind of art you get in shops that sell tie-dyed clothing and runes, depicting Galadriel riding a dragon and painted by someone who thinks dryads are sexy. That’s photorealism for you – very skilful, very time-consuming, but ultimately completely banal; an artistic version of a party trick, like putting spaghetti up your nose and pulling out through your mouth. If you wanted to produce a photo, take a photo. Don’t dress up a chimp and tell me it’s Natalie Portman.
Of course, that’s a question of style and taste (which this portrait singularly lacks). It’s vapid, lacking in life or depth, realistic and at the same time artificial. So what. Surely the fact it’s a good likeness is enough? No – a portrait is not a record of what someone looks like, it’s a record of who they are, an attempt to capture their personality/soul/essence of them-ness. It fails on this count.
It must be said at this point that most official royal portraits fall down here. It’s what made Lucien Freud’s portrait of the Queen so brilliant – it wasn’t a particularly good likeness (face far too long) but my God did it capture her. That so many royal portraits are crap is apparently a fact of life. What bothers me about this painting of Kate, and of princesses past, is the fact that there’s not even been an attempt to capture her Kate-ness but that the artist clearly thinks he has.
The media is equally guilty of this. We think we know her. We think of her as a lovely wholesome girl-next-door. We don’t know whether she burps and then laughs immoderately. We don’t know whether she says ‘oh holy JESUS CHRIST I’ve just fucking burnt myself on those pissing curling tongs’. We don’t know whether she drinks beer from the bottle and applies the three second rule to food dropped on the floor. We don’t know whether she can hold a decent conversation on the ontological argument. We’ve conveniently labelled her as a pretty girl (girl? She’s 31 for fuck’s sake. Can we please get over the idea that any pretty woman is a ‘girl’ until she’s an old trout?) who wears nice clothes and kisses babies charmingly. The persona we’ve given her is as anodyne as this portrait.
It’s truism of portraiture that it tells you a lot about the sitter through how they want to be portrayed. It also tells you a lot about the artist – how they decide to render the subject. Taking that as true, what does this portrait tell us? That the artist values style over substance. And that Kate is happy to be a pretty face with nice hair.
The feminist in me has wondered a lot about Kate and her lack of oomph. She presents a persona to the world which is that of a bland, unobjectionable ornament. But to be able to survive in the public eye so relentlessly, to be prepared to take on the mind-numbing circuit of official duties, to relinquish the freedom to see or do or say whatever she pleases – the woman must actually have balls of steel and an iron grip on her sanity. So I can’t help suspecting she’s playing an extremely savvy game.
The Queen’s strategy for surviving public life is to show the public the role rather than the person. We see the Queen, not Elizabeth the woman. She herself is irrelevant – what matters is that she walks the walk. Kate’s strategy is to show the public a sugar-sweet dolly but to keep her self to herself. So instead of the media, the public, and the artist objectifying her, she has substituted the real Kate for a version of herself that she controls. She has managed to retain some power over her life by displacing herself. Far from being a posh airhead she’s a canny woman playing a long game. For all its photorealism her portrait gets nowhere near the ‘real’ Kate – and this is precisely what she wants.
- LL

3 thoughts on “A Picture of (Art) Historian Kate”