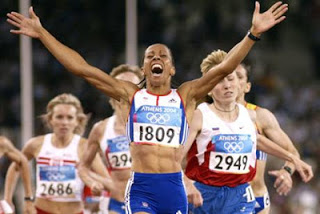 This week, the England women’s football team successfully negotiated a £4k pay increase – a figure that Wayne Rooney coincidentally charged his present employer in the same month for farting on the pitch (OK, that didn’t actually happen, but it probably would have if he had a mind to actually work up the invoice.) The upshot of this development is that the national female team now earn £20,000 per year. You can almost hear the sound of drilling down at Anita Asante’s South Kensington mansion, while they lay the foundations for the Olympic-size swimming pool she can now afford with the change lining the pockets of her Dolce & Gabbana skirt suit.
Meanwhile, in the real world, Anita and her teammates are struggling less with their bus fares. But don’t worry – they won’t be skint, because the same agreement increased the number of hours they can devote to secondary jobs to 24 per week.  You probably don’t need me to point out that this makes about as much sense as the proverbial chocolate teapot.
“But sexism is gone!”  I hear you cry.  “Especially in sport!  The Olympic torch burned the whole rotting edifice down this summer, as practically every British sportswoman from Jessica Ennis to Beth Tweddle and back again were shown to win medals on the international stage!  All presented by the superb Clare Balding!”  Well, yes.  But this Olympic legacy business – so loudly trumpeted by Boris and his ilk, so heralded in column upon column in every paper from the Guardian to the Sun – is up against a whole sports system that’s fundamentally flawed. No amount of Clare Balding can put it right in a mere few weeks of patriotic pride.
And it’s not just about the England footballers getting £20k per year if they keep a vagina in their shorts instead of an uncontrollable schlong used seemingly entirely for pejazzling, bizarre locker-room swinging contests, and inserting into glamour models (if you believe such peddlers of truth as Heat and The Daily Mail, and dude, why wouldn’t you?)  Other team sports are hardly exempt.  Did you know that the England women’s cricket team fought and won the Ashes in 2005, the same year as the men won theirs?  Did you even know that there was an Ashes contest for vagina-owners, let alone that the 2005 women’s team won it for the first time in 42 years?  Didn’t think so.  The women’s team got a celebratory bus tour round London, same as the men’s team did, but the press coverage of their tournament was minimal – their achievement, sadly, noted only by diehard cricket fans. Meanwhile, the prize money for the women’s World Twenty20 cricket competition is approximately one-fifteenth of the men’s, and the rate of living expenses paid to women competitors is approximately half that of men’s.  If that’s not enough bullshit for you, then there’s Wimbledon, where female tennis players are more often than not scheduled to play on the Centre Court based on their perceived attractiveness, rather than their ability to ace a serve with skill and force. All of this while they play for less prize money (although in 2007, the women playing singles did win the right to be paid equally, unlike their doubles-playing counterparts) – yup, even at Wimbledon – because, y’know, they’re girls and they probably have cooties.
A lot of people, like past England cricket captain and present ill-informed chauvinist Alec Stewart, justify the embarrassingly small amount of funding given to women’s sport relative to men’s by saying that men’s sport generates more revenue, because more people want to watch men play. To which I say: bollocks.  The women’s events at the Olympics generated as much interest as the men’s.  The non-Stewart-based truth is that the men’s sports receive far greater press coverage, making it easier to become a fan, and to follow your team or favourite athlete from your armchair if you’re not inclined to freeze on the touchline.  The men’s teams are known quantities, and it’s far easier to take an interest in the Gunners, who are endlessly discussed, than the Hornets; in Rio Ferdinand, whose form you know, than Sophie Bradley, whose you don’t.  In view of the near silence maintained by the media, talk of the Olympic legacy and the need to encourage kids into sport begins to sound a hollow note. At least for half of the population.
The segregation of sports – not sport but sports – at schools does girls no favours either.  In the majority of schools, football and cricket are boys’ sports, while girls play netball, rounders, and hockey.  When was the last time you saw a televised netball match, praising the tactics of the Wing Attack?  Can you name a rounders pro?  (And no, Jose Canseco doesn’t count.) If a girl develops an interest in cricket, her school is unlikely to provide her with opportunities to practise.  In fact, for the bulk of girls, the sports played at school are left behind with the uniform and the oversized sport knickers; only infrequently do they continue into adulthood.
And so we continue to develop a nation where women’s sport is underfunded and marginalised, somehow slipping under the radar of sex discrimination and the equal pay agenda, where women’s participation in the multimillion-making money machine of the football industry is much more frequently as a ‘Footballer’s Wife’ (recently touted in tweenage media as a ‘smart career choice’) than as striker, where our daughters are more likely to dream of being the woman who spends someone else’s prize money than the woman winning it for herself, and where any talk of an Olympic legacy continues to be tokenistic chat rather than a reality.
Our daughters’ chromosomes are X-ing them out of sports. Equality’s got longer than a 1500m jog to go before the opportunities in sport catch up with them.
-CT

13 thoughts on “Running on Empty”