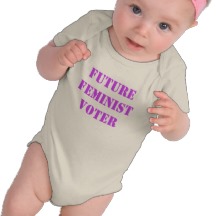 I treat my sons differently to how I would treat daughters, if I had any. We all say that you should raise them the same, but the fact is that when society bombards them with so much sexist poison (I don’t care about that mixed metaphor. Leave me alone, I have two small children), then the antidotes you need are different for boys and for girls.
So far, so feminist. I’m all smug about dressing my sons in pink, giving them dolls and kitchens to play with and encouraging dressing-up in my clothes. I’m extra smug when I tell other parents how cooking is their favourite thing (it is. I’m not even lying). And I’m triple smug when people comment on my sons’ gentle dispositions and good manners. ‘See!’ I tell myself, and anyone else who isn’t bored of my right-on monologues, ‘gender normative behaviour in children isn’t “natural” at all! It’s the result of brainwashing! Yes, brainwashing! If my little boys can grow up without conforming to stereotypes, then so can all kids – you just have to mind what you expose them to!’
And thus I have solved the parenting problem, and everyone gets fed up of me being all self-righteous.
Until now. I am faced with a feminist parent’s dilemma. And its name is Disney.
Like anyone alive in the developed world today – and much of the rest of the world, tbh – I grew up with Disney. It being the 1980s, when videos were 12 quid (a lot of money back in them olden times, kids) we owned precisely three Disney films. Treasured possessions. I had Robin Hood and The Sword in the Stone, and even now my sister has an unnerving attachment to The Little Mermaid, although I swear that’s just because of the red hair. Sis is somewhat coppery herself.
Aha! Ignoring the hatchet job Disney did on Hans Christian Andersen’s tale, if I may, we can see what mum and dad did here. My right-thinking parents looked at what was on offer and avoided the simpering princesses. Legends and swashbuckling, that’s what it’s all about! OK, OK, the films lacked decent female characters (apart from Clucky in Robin Hood. Love her. And Madam Mim was fun too, even though she was a baddie), but at least they weren’t all about frocks and kisses and being dainty. (As for The Little Mermaid, my sister went on and on about it until my folks bought it for her. They tried to fob her off with a non-Disney version, but she was having none of it. I know you shouldn’t give in to your children, but you try arguing with my sister and let me know how you get on).
A decade or two later, I learned a couple of things about global corporations, their dodgy ethics and – in Disney’s case – their stranglehold on childhood. In 2000, Disney grouped together its most glamorous female protagonists under the banner “Disney Princess”, and hasn’t looked back. (There’s tons more on this in Peggy Orensein’s Cinderella Ate My Daughter, which is well worth checking out.) Now I’m all “Ooh, global corporations suck, let’s make our own playdough instead,” but I’m a pretty lazy gal and I only get round to this type of thing during the holidays (I’m a teacher). PLUS, like, I was allowed to watch Disney as a child, why should I deny my boys the pleasure that a Disney film brings? And they do bring pleasure. If you say you’ve never enjoyed a single Disney film then the problem really is with you, mate, not the animations.
So we’re in a place now where the kids are given Disney films, and we watch them a lot. At first it was Toy Story, The Lion King and Dumbo, but then I realised that in my sons’ case, people were fastidiously avoiding the princess films. Now. Is this sexist because they are boys so people assume they should have no interest in girly stuff? Or is this totally the way forward because those films are a sexist pile of shite anyway? Should I be requesting and buying the princess stuff in the interest of balance, so that they watch not only Woody and Simba, but also Aurora and Belle – you know, stuff where women are the main characters? Or should I find some middle ground with Mulan and maybe Pocahontas? (Haven’t seen either of those two. Any good?) If I had girls, I’d be banning princess crap from the house and sticking a bit of Pinocchio or something on, but with boys I’m stumped. To princess or not to princess?
This constant state of vigilance and paranoia I lay at Disney’s door. Why should they have created such a conundrum, and also such a delectable range of childhood media treats, the cruel bastards? Is it better to expose my children to a possibly negative stereotype of women, or banish the female-centred narratives of the nation’s favourite children’s film-makers entirely? And what on earth does one do about this on a visit to actual Disneyland?
It’s a big dilemma, and as aforementioned, I have two young kids to run around after. So, at this moment in time, I think I’ll just watch Lilo and Stitch and have done with it (while hoping that the internet will throw up some beautifully pre-packaged answer, thus saving my feminist mother credentials with the gallantry of Prince Charming.)
That’s my favourite, anyway.
-RP