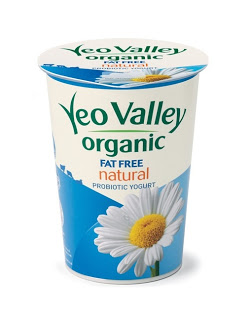 Note: during the following I will endeavor to use as many euphemisms for female genitalia as my brain can conjure up. This is not through fear or distaste at saying ‘vagina’, but because if you use the same word again and again and again in an article it gets boring. Vagina. Vagina. Vagina. And one for luck: vagina.
“I read in a book that if you shove a garlic clove up your foof it cures cystitis, so I just did it,” a friend reported from my DM inbox last week. “That’s a new one. Is the smell making you hungry?” I asked. “No but it started burning after an hour, so I took it out again,” she replied. And so on we went with our cranberry-infused lives, I singing The Things We Do for Muff in my head to the tune of 10cc’s The Things We Do for Love.
Then a few days later, the exact same remedy was recommended by Jessa on Girls – a woman who I’d trust for tubular advice above most others, except perhaps Dr Pixie off Embarrassing Bodies – and it occurred to me just how many of us spend an unholy amount of time nursing our nethers. And not in the fun way.
Endless column inches have been (fairly) devoted to the pubes issue, but while we all wax on about waxing there’s not nearly enough chat about the involuntary parts-pain that so many of us are battling with all the time. Or at least, not enough chat before we’ve learned the hard way that we’re cursed with a short urethra, or more thrush than a rural summer.
It’s ridiculous that where UTIs and yeast infections are concerned, our education is still in the realms of mythic cures and old wives’ tales; ‘just sit back and pee for England’. I thought I was better informed than most, but after years of necking Ocean Spray by the carton until it left me bilious, someone recently told me that actually all the citric acid makes your pee burn more. Gee thanks, nature.
Amid all the current conversation around sex education, I’d like to request a module on the importance of going to the loo immediately after sex. Come, pee, cuddle, that’s the mantra. While STIs and unwanted pregnancy are still unarguably important topics, it does feel as though the more mundane (and female-oriented) issues are ignored altogether or passed off as lady troubles to be endured, not cured.
Too many of us don’t even know what cystitis is until the first time we’re struck down – by which point, bent double on the toilet for five hours while your bladder goes off like a grenade, phoning your mother to scream “WHY DIDN’T YOU WARN ME?” seems like closing the stable door after the horse has pissed itself on the Northern Line.
And with the stigma of vag-related ailments still keeping too many of us away from the chemists, DIY cures for ‘down there’ distress are more common than you would think. Who hasn’t, in a combination of desperation, laziness and curiosity, eschewed Canasten for a tampon dipped in natural yoghurt? Then spent an hour reclining at an awkward angle, feeling like the world’s shittest dessert? (NB: Muller crunch corners will provide variety but not relief, do not attempt).
Besides, Canestan costs more than a Pizza Express dinner. With doughballs. Is it any wonder that in kitchens across the globe, there are women pausing halfway through their breakfast, looking down and thinking “hmm”? Just like tea bags on your eye bags and vinegar rinses on your hair, I’m a sucker for any remedy that can be procured without having to put on shoes and leave the house. There’s something satisfying about lying in a lavender/milk/gravy bath, thinking “this is how our foremothers would have dealt with it in a pre-pharmaceutical age”. Though, crucially, it would be considerably more satisfying if any of it ever worked.
So while my anonymous friend goes back to the drawing board/veg box and we draw up plans for a themed cookbook (‘Come Vagina With Me’? ‘The Front Bottom Buffet’?), I urge you to teach your real or future offspring the ins and outs of vaginal care. And if you hear that putting broccoli up there does anything, let me know.
- LB

38 thoughts on “The Front Bottom Buffet”