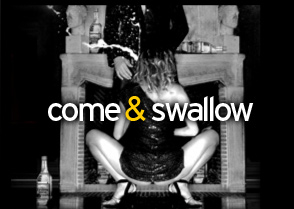 I’m pretty sure everyone’s meant to be at least a little bit clever at university, somewhere on a healthy range between the more discerning pen-smellers and University Challenge contestants. I fervently believed this when I skipped off to an institution where people watched Question Time for fun. It’s the height of my intellectual journey, yeah? A place where I could mingle with the emerging intelligentsia of the 21st century, radically changing the world, one Nestlé KitKat boycott at a time. But then something strange began to happen.
When I first arrived, fresh-faced, at the students’ union, my new friends were like, ‘Yo, slut!’ – not because I had more sex than they deemed acceptable (although who knows?) but because BANTER. Down at our student halls, we had a ‘Lad of the Month’ chart, just for the guys, pinned to the wall opposite a nightclub poster. The poster depicted a woman (well…her ass) on her knees, with what looked like jizz flying at frankly dangerous propulsion over her head. The tagline read ‘Tequila: Come and Swallow’. (What does that even mean in relation to tequila anyway?)
Then came the ‘Spotted: Generic Uni Library’ Facebook pages, predictably levelling disproportionate interest on the girls. Fuelled by revision-period boredom, these pages gave way to a whole creepy voyeuristic level of sexism. Want to tell the girl next to you she’s got great tits but don’t want to appear weird? Have an inkling that the lady behind you would really enjoy a ‘seeing to’ because her brow is just so furrowed as she peers at that awfully difficult French philosophy book? Then ‘Spotted’ is for you! Just the idea that a person could be judging my appearance whilst I desperately scribble ‘PROBABLY SYMBOLIC OF SOMETHING’ on my books was enough to make me feel shiftier than Prince Harry on a comedown when peering at my surroundings.
And then there was what I actually saw inside the lecture theatre: I study English Literature, and even though the subject is certainly female-dominated at undergraduate level, the number of female lecturers is poor. Over the last year, I have had a total of two female lecturers out of a possible sixteen. Obviously, men can be feminists, and in particular one of my male English lecturers is 100% femtastic – but the male-dominated academic circle perpetuates awkward assumptions about female intelligence amongst my classmates. I was once told by an academic that when a seminar has ‘two guys or more’, they ‘always dominate’ the conversation.  As a result, I often feel my older tutors make presumptions about my ability to contribute to a discussion (even before I’ve made my BRILLIANT point about how ‘Rime of the Ancient Mariner’ is a metaphor for the Holocaust) precisely because of my lady-bits, just because a handful of blokes have been bursting out of their gilets to shout over The Ladies in the past and thus earned the admiration of their professor.
With the Glasgow University debating shit-storm, York University’s refusal to ratify a feminist group, and Cambridge trying to host an event that staged girls in their bikinis wrestling in jelly to celebrate the end of exams (no, really), university seems to have hit a new low in the last couple of years. Meanwhile, attitudes towards sexism within the institutions seem to steer dangerously close to the reductive ‘well, men and women have the vote – go enjoy your egalitarian haven bbz.’ Unfortch, it’s actually a whole non-gendered-item-of-clothing-twist of objectification, subjugation and mischaracterisations.
It’s not all woe and jelly, though. In fact, I’m pretty confident to say all of my (4.5) university friends would call themselves feminists. So, as long as everyone keeps their jiggly desserts to their appropriate use, we might just end up fine.
We can but hope.
-RLL