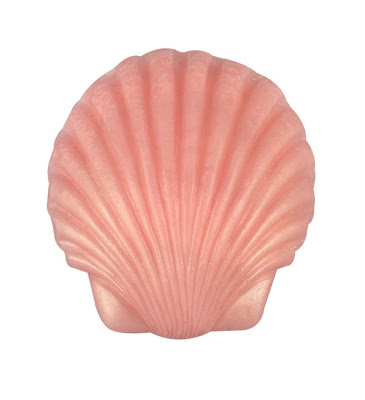 Masturbation was always something I wanted to talk about when I was growing up, but I refrained because I felt like I was the only person doing it. Anaemic blobs of cartoon women – hands jollily thrusted into their white cotton panties -smiled kindly from the pages of puberty guides but, unsurprisingly, did little to assuage my suspicions that I was a complete weirdo.
At some point, some blessed concoction of media sources must have successfully transmitted the message that rubbing your own clitoris for afternoons at a time was a totally cool, unharmful pastime; an activity that would neither a) impregnate you b) give you infections or c) turn you into a sex murderer like the ones on ’A Touch of Frost’. These epiphanies made me glad.
But I know for a fact that some of my most cherished female friends will be retching at their desks after reading those sentences. Particularly the one that juxtaposes ’clitoris’ and ’rubbing’ so, well, masturbatorily.
The truth is, whenever one tries to put self-loving into a sentence under the umbrella of ’girl talk’, all contributing members of the coven seem to hear something scatological like ’constipation’ and blush awkwardly. Compellingly, this still seems to happen minutes after general laughter has been had over someone wetting themselves on a sofa post-night-out, and Gina has related that tale of the time she ate her own sick after drinking too much Tequila.
Why does everybody seem to lump the nice, healthy idea of pleasuring oneself in the unsavoury trough reserved for irritable bowels, diarrhoea, and farting? Maybe this is because it has been popped into the bracket of high-school grossness: the image of winking schoolboys describing arcs of semen cascading across bedrooms painfully chiselled into the memory bank for evermore. (This is an imaginative claim – I went to an all-girls school where masturbation was NEVER discussed).
And surely that’s strange. If I remember, there were times where I punctuated a male group at a party and was met with disappointed stares that said, all too clearly, ’You’ve interrupted our hilarious boy conversation about wanking’. My school locker rooms proffered an excellent selection of stories about sex, but barely any of these involved girls divulging clitoral massage secrets.
Maybe, in a sense, it’s nice that it is private. After all, a lot of the fun of masturbation is that it’s the epitome of that phrase often found (inexplicably) on the sides of supermarket home-brand mugs: ‘you time’. It’s rather like a good book, combining the ease of a kindle with the reassuring feel of paper pages. It would still cool to be able to talk about it though, without being hailed either unfeminine or a sexually explosive nymphomaniac. To acknowledge that we’re pretty goddamm down there with the DIY, rather than world-weary men-pleasers, spending nights lying prone, as Queenie from Blackadder puts it, ‘being used like the outside of a sausage roll’.
It’s worth pointing out that the greatest challenge of this article lies in having to find synonyms for the word ‘masturbate’. It’s pretty difficult. Interestingly, though, when one is actually forced into this particular semantic foray, it becomes clear that all the available options are pretty male-centred: wanking, jerking off, beating off. Even urban dictionary offered little help; alternatives such as ‘spit shining the old water pump’, although commendably imaginative, hardly suggest something vaginal-shaped (unless your vagina is ‘pumpy’, I guess). Finding anything useful requires tenacity, but when I happened on the delicately sexy ‘feeding the bearded clam’, I felt it had been worth the wait.
General roflement aside, it’s not really a great cerebral leap to conclude that if nearly all the popular terms for masturbate pertain to hands sliding up and down something phallic, women really don’t talk about this as much as men. After all, if we did, someone would hopefully come up with something nicer than a ‘bearded clam’ to describe their fun bits, and Disney would have to start seriously scrutinising the cast list of any future Finding Nemo films.
Surprisingly, the word ‘dabble’ wasn’t offered as a synonym, which is bizarre because it seems the most common answer women give when questioned about masturbation – “Yeah, I dabbled a few times, but it didn’t really do that much for me (underlying meaning) “I am not self sufficient and still want men to want to have sex with me”.
Is that why we don’t want to confess to doing it? Because telling men that we can please ourselves makes them sound redundant? It is true, admitting to a man that you masturbate has the simultaneous affect of feeling like you are taking your clothes of in front of him and starting to chase him with a large flashing dildo that sings, on auto loop, “I AM EMASCULATING YOU, NOT-SO-BIG-BOY”.
And how does this work in terms of confiding in your female friends? That because you touch yourself, you’re suddenly going to jump on top of your friend, then and there, and perform for them the same kindness, because vaginas are just so generic it’s basically impossible to remember which one is connected to your own body?
Whatever reasons we have for keeping the finger antics schtum, let’s abandon them and start admitting to it, girlfriends. Masturbating’s not an ailment that can only be communicated in a whispered string of euphemisms to a pained-looking GP. It’s happy and fun and certainly less embarrassing to admit to than eating your own sick. In fact, it’s definitely not awkward at all. I long for a day when ‘girl talk’ inquisitions are a chilled-out consonance of “Yes, I do it, can you pass me some more Doritos please?” As for the fact that the above dialogue is rarely heard? Now that is what’s embarrassing.
- GS

7 thoughts on “‘Feeding the Bearded Clam’”