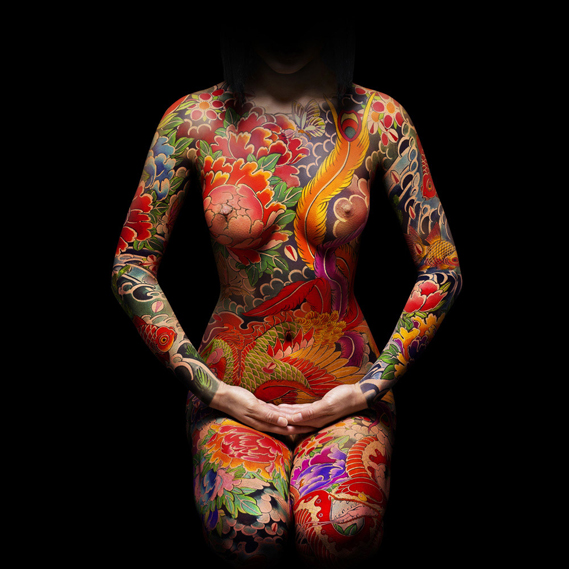 Here are some things I was thinking about when I got tattooed:
Here are some things that were not specifically on my mind at the time of getting tattooed:
Sure, at the time I had a little collection of personal reasons for paying someone to permanently scar me. But these days I actually have come to see my tattoo as a statement – yep, a feminist one – as a way of saying, ‘This body is mine, actually’. And that’s hella important because, as a woman, it sometimes feels like people don’t totally get that.
It can be hard to remind people that your body is yours in a society where you can’t do ordinary stuff like walking down the street, dancing in a club or carrying a foetus in your womb without people thinking they can comment on/touch/tell you what you should be doing with it. A tattoo is a very personal act of self-expression, which also makes it an expression of independence. And a tattoo is an expression of ownership; it’s a bit like when you finally get a Barbie that doesn’t also belong to your older sister and you immediately cut all its hair off and everyone’s all like, ‘Why did you ruin Barbie?!’ and you’re all like, ‘Because she’s mine! ALL MINE. (And because you wouldn’t let me cut off my sister’s hair)’.
Because a lot of people will think you’ve ruined Barbie. You can get a huge amount of stick for ‘spoiling’ your body with a tattoo or four because a) you have ‘disfigured’ something that is actually a public commodity DIDN’TCHA KNOW, and b) the perfect woman is still the pure lookin’ kind. Now, basically, if my Dad decides to trade me for a Bentley or a really good bottle of scotch or something, the lucky guy might spot my tat, realise that I’m not a virgin, and totally bail.
Yep, that’s another thing about tattoos – people can tell a lot about your sexual history from your body art. In fact, I recently found out that my empowering (and pretty) declaration of how I-control-my-own-body-and-everyone-can-fuck-off-with-your-touching-and-your-opinions-now is actually a ‘skank flank’ (apparently that’s a thing), the easier and more immediate way of telling everyone that I’m a total slut without them having to so much as glance at my underwear drawer (where my SLUT KNICKERS would do all the talking.)
Aside from the fact that ‘flank’ is a term previously exclusively used for pieces of meat, it’s also exhausting having to continually explain that the way a woman chooses to decorate herself (be it with permanent ink, clothes, shoes, face paint, whatever) is not a coded way of telling The General Public about how much we want to have sex/get raped. Although Urban Dictionary helpfully clarifies that ‘Not all women who have tramp stamps are sluts. Some see it as a form of artwork’ – so modern! So liberal! – there are still a lot of people who aren’t as open-minded as the UD’s forward-thinking contributors. These yokels will tend to read your body art as a veiled message about how ‘easy’ you are. Because they’re perceptive like that, and they know all about the pure virgin/dirty slut dichotomy.
Now, there are awesome women with tattoos flying the flag for all of us. Kat von D, for instance, puts a lot of energy into proclaiming that her body is hers and she’s more than happy to challenge the boundaries of conventional feminine beauty. I’d argue that those who oppose her are using nothing more than a shame-based method of social control which should have got old centuries ago: the idea that a woman’s value depends upon how she is viewed by men, and therefore our bodies are best preserved in a generic, inoffensive form. But you know what my tattoo says to that? I won’t tell you, because it’s fucking rude.
And yes, maybe I could make that message even clearer by just having this article tattooed on my body – it’s crossed my mind. But this is a lot of words and that would be a whole back piece, PLUS an excuse for guys to try and lift my top off without my consent because, like, why did I get it done if I didn’t want people to see it?
But if enough people read this and agree with it, we can perhaps all get one or two words tattooed safely on our faces. Or, y’know, you could just spread the word; whatever floats your boat. It’s your body, after all.
-SW

9 thoughts on “Getting Inked”