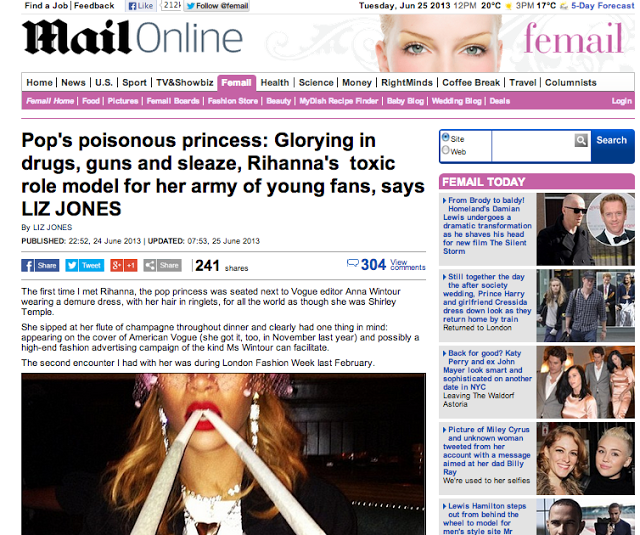 20 thoughts on “Glorying in drugs, girls and sleaze, The Daily Mail’s a toxic role model for its army of young fans”