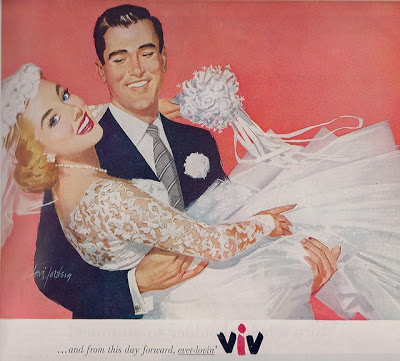 Louisa Peacock, who is deputy women’s editor of the Telegraph, would like you to know that her decision to keep her (admittedly rather fabulous) surname was definitely, absotively posolutely not about embracing feminism. She would also like you, and the esteemed readers of the Telegraph, to know that “most young women who don’t change their surnames after marriage aren’t doing so to make a political point”. Not feminism. Nope. Nothing to see here folks, move on, be on your way now.
The truth, as Louisa so helpfully explains, is that “they just don’t see the need or reason to change the name they’ve grown up with their entire life.” Well, fair enough Louisa, you can have that point.
I for one am delighted that Louisa said all this. It gives me an opportunity to list all the things I do that could be construed by the menfolk in my life as a subversive act of feminism or political thought which is, as we know, so unseemly in women:
Having sex outside of marriage – Nope, not a feminist gesture. It’s just fun for me and my dear boy too. He doesn’t have to slip a ring on my finger before slipping his… you understand.
Having a degree – Not a feminist gesture. It’s just that I’m quite brainy and have a deep desire to seek knowledge (and, according to Bonking Boris Johnson, a husband).
Having a job – Not a feminist gesture. I like to write things, and people seem to want to pay me to write things, so why not write things? Plus my boyfriend works in a pub and doesn’t earn much, so I bring home most of the bacon (please, please don’t feel emasculated and leave me, *grovel*).
Refusing to be my dad’s property – Not a feminist gesture. Daddy-O’s got better things to do than bankroll me until he can sell me to the first man who will accept my mum’s Lladro collection as a dowry. He can’t even remember where his glasses are half the time.
Wantonly walking down the street without a chaperone – Not a feminist gesture. Sometimes I just don’t want my aura of fabulousness dimmed by having another person in close proximity. You dig?
Great, we’re all clear now. I may be a feminist but that doesn’t mean every single thing I do is an overt two fingers to the patriarchy, or a cool, minutely and deviantly calculated act of feminism. I’m simply living my life and making my choices according to my intuitions. Louisa helpfully explains, with another choice phrase, that women make these choices for “pure selfish reasons”.
But have mine and Louisa’s intuitions, and our ability to make certain choices, been influenced by feminist ideas? Absolutely.
When my mother married in 1984, keeping her surname was unthinkable. She tells me that people at the time would have struggled to comprehend such an act, most likely construing it as a lack of love or regard for her husband.
When my articulate, intelligent and hardworking mother went to see a school careers advisor, she was told that a bright girl like her might think of applying to secretarial college, and perhaps even ascend to the dizzying heights of becoming a legal secretary one day. What was the point of university? It would only delay her marrying and having children.
Most girls growing up in the 1970s and 1980s did not have access, in popular culture, to the feminist ideas which are now one click away on sites such as this. Whether or not you subscribe to the blogs, carry the card or wear the t-shirt, feminist ideas have slowly filtered into the public consciousness. Feminist men and women are writing in your newspaper, talking on your TV or radio and shouting over trolls on the interwebs.
Louisa, those “selfish” choices you are free to make without being publicly pilloried as a harlot; they were made possible by the inter-generational strife of feminists. Feminist women and men have, for decades, made themselves hoarse shouting over a tide of people who would seek to condemn your choices. Let’s stop pandering to the condemners. Let’s stop writing articles that ignore the lineage of our freedoms, as if they occurred spontaneously from thin air. Let’s ditch the defensiveness and show a little gratitude.
- FL