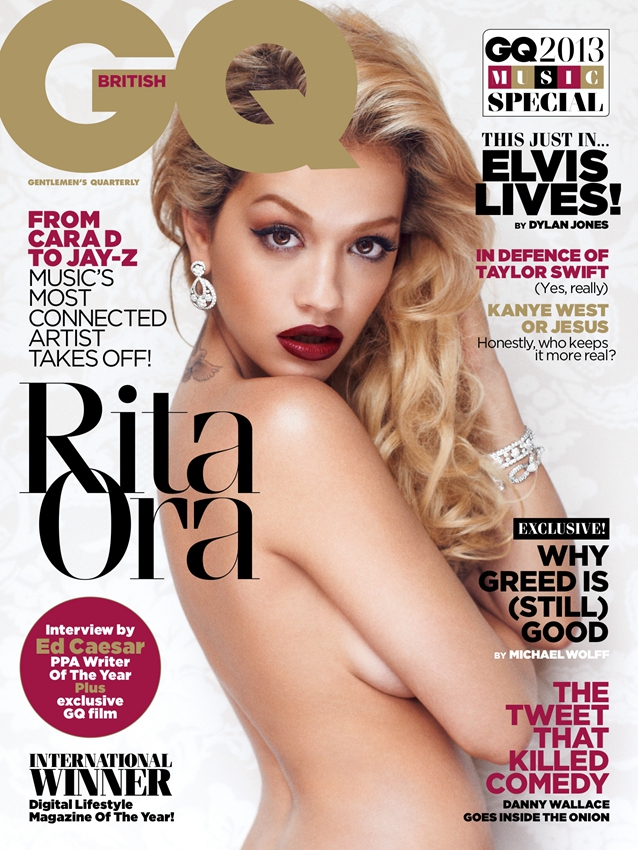 I have a long and complicated history with women’s magazines. I had a pretty big commitment to Glamour, although Cosmo was my long-term bit on the side. I’ve flirted with Vogue and Harper’s Bazaar. I had a fling with Elle. Marie Claire and I are still casually dating (we’re taking it slow). Yep, when it comes to women’s mags, I’ve been around them all. Since my tender adolescent years, they have nurtured my innocent mind and attempted to teach me how to successfully work the pyjama trend, how squatting like Tracy Anderson can make me more fanciable, and how I can have multiple mind-blowing orgasms in a wheelbarrow. The fact that I have achieved none of the above surely does nothing to undermine their credibility.
So what about the other end of the proverbial pond? What do today’s fun, fearless men like to peruse when they fancy some light reading? It was with great curiosity that I picked up the Gentlemen’s Quarterly – also known as GQ – to get me through a plane journey.
I’ve got to admit, I was nervous. The only real exposure I’d had to men’s magazines in the past were the rogue copies of Nuts strewn around the bathroom by my male housemates, filled with sexy laydeez and classic headlines such as  ‘This man got his dick bitten off by a lizard, LOL!’ I did have hope that the Gentlemen’s Quarterly would contain slightly more high-brow copy than the weeklies kept by the bog, but if Facebook banter and campaigns such as Everyday Sexism have taught us anything, it is that the average man and the average feminist might not see eye-to-eye all the time.
The cover did nothing to alleviate me of this fear: GQ covers tend to feature well-groomed celebrity men smirking at their readers in Armani suits, but when a woman is involved, clothes are just way over budget or something. The most memorable example of this was artfully presented in their 15th annual Men of the Year covers, with all kinds of smart, fully-clothed men posing alongside their female equivalent: the Woman of the Year, a stark naked Lana Del Rey. Rita Ora actually covered her breasts as she gazed at the camera for this month’s GQ, but the inequality still oozes off the page. I can only (hopefully) assume that if Cosmo or the like stuck a man on their front cover, he wouldn’t be wearing much more.
So what about the magazine itself? Well, it isn’t long before GQ gets its sleaze on. The mag interviewed the delectable Simon Pegg (oh go on, he is pretty dishy. No? Just me?), but the accompanying image does not do his sex appeal justice. The premise is simple – as a self-confessed nerd-done-well, topless sexy ladies (yes, more of them!) make the Peggster uncomfortable. 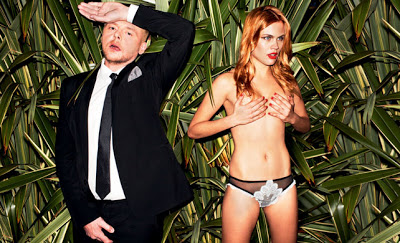 3 thoughts on “Sneaking a Peek at the Gentlemen’s Quarters”