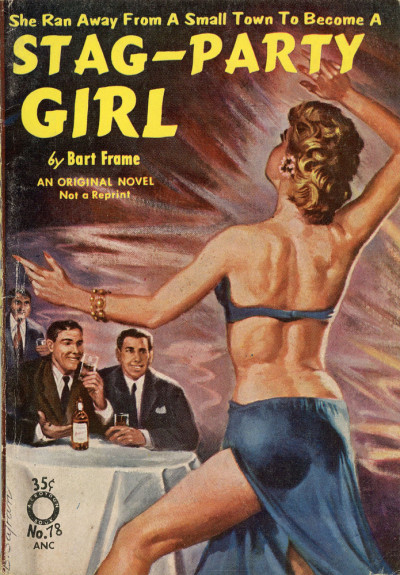 Men can’t help themselves. That’s the message that’s been drummed into us since Adam fancied a tarte tatin and needed someone else to take the blame (probably.) Perhaps you’ve heard that ‘boys will be boys’, or even that your catcaller was ‘thinking with his other head’. As a man, though, I find this a particularly disturbing categorisation of my gender. Because while I stand at the mercy of my own John Thomas, it seems to follow that if something goes sexually awry, I can easily absolve myself of any responsibility.
What’s most shocking about all this is how little has changed. Ever since a cabal of men with beards once got together in a cave somewhere and wrote down their universal ‘brethren before ho’s’ caveat for male misdeeds, women are damned if they do, damned if they don’t (and double-damned if they change their mind.) When even the affable voice of Crimewatch comes forward to equate a woman’s body with a mobile phone left on the backseat of a car, it’s clear that we’ve still a long way to go.
And the double standard runs very deep. Put men in a situation where they might be taken advantage of, and a very different story emerges. Just this month, the UK’s most successful web export, the Daily Mail (more’s the pity) ran a story about drunken English stag parties in Riga.
Soliciting barely an eye-roll from the journalist who wrote the piece, one British partygoer explains that he and his mates had rented an apartment and “captured” a pretty, blonde Russian girl. The boys had tied her to one of their beds for the night and then “let her go” in the morning. According to 29 year-old Matthew, who as a trainee lawyer really ought to know better, the girl was “quite happy” to play along. “We did not do anything to her. It was just fun,” his friend helpfully explained.  And it doesn’t even seem like the lass had the good grace to thank them before taking her leave in the morning.
The Mail’s article about rowdy revelry in Riga shows an almost maternal concern for the wellbeing of our boys abroad. “The stag hunters: Hordes of British men are flocking to Latvia for cut-price parties. But they are easy prey for mafia beauties who seduce them, spike their drinks and empty their bank accounts”, screams the headline, thus pretty much summing up everything that’s wrong with the mass media’s understanding of gender politics, not to mention its unwillingness to edit unwieldy text. These poor innocent lads are just out to have a good time, take in a few strip shows and hold the occasional captive against her will (they are “lured” to Riga by the twin pillars of laddism that no modern man should be expected to eschew: cheap booze and cheap strippers.) There’s a genuine concern here that they’re going to be exploited by canny Latvian beauties. Haven’t those wily minxes even heard of the men’s rights movement?
This story reminded me of an awkward exchange I’d had in a pub a few years ago, when catching up with an old schoolmate. “It’s fucking terrible up here…” Scott lamented. “Honest. A mate of mine went out clubbing last week, left the missus at home. He cops off with some bird and goes outside with her, only to find her brother’s waiting for him. He gets the shit kicked out of him, and his wallet nicked. ‘Course, he can’t tell anyone can he, or the missus’d find out. So it doesn’t get reported, and they get away with it. Fucking Lithuanians.”
Now, I’ve always been the suspicious sort. So when Scott began spinning this yarn about the blight of predatory Eastern Europeans in my hometown, I have to admit that I wasn’t entirely convinced. In essence, it was little more than a contemporary reworking of those old urban legends about serial killers hiding in the backseat of the car, just gussied up with some reactionary anti-immigration rhetoric. Long story short, I called bullshit, and we let the matter drop.
It didn’t take a genius to spot a lazily racist conspiracy theory, albeit one which cleverly turned its own unsubstantiated nature to its own advantage in the retelling. But in retrospect, what should have worried me more about my former classmate’s cautionary tale was how easily he’d cast the apocryphal man as the blameless victim of a sexually alluring succubus. This poor dope was clearly at the mercy of a wicked enchantress, who wanted to coax him into an alleyway, only to leave him battered, robbed and, worst of all, with his nuts still full.
This ‘benefit of the doubt’ culture for the dudes might be seen as merely misplaced optimism, but for the fact that it doesn’t extend to their female counterparts. On a depressingly regular basis, women are warned not to dress provocatively, flirt, drink to excess, use minicabs, post information on social media, walk home alone or answer the door at night, for fear of “inviting” attack from a potential rapist. Apologists for this point of view can’t seem to understand why the incessant need to ascribe the victim with responsibility for their own safety and security is so offensive. Maybe someone ought to point out that their perspective is as fatuous as those gun advocates who believe that the best way to eradicate school shootings is to give the kids Kevlar backpacks and arm the librarians.
And as for those poor lads who are finding themselves preyed upon by Latvian temptresses in overpriced strip clubs, I feel for them; I really do. But maybe, y’know, they just need to learn to say ‘no’. It’s a powerful word – providing the other person listens.
-GD

5 thoughts on “The Penis Perspective: Boys Will Be Boys”