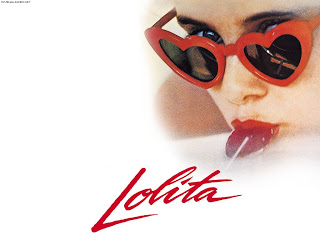 Just in case you haven’t had your fill of being creeped out this month (Simon Cowell did put a baby in a lady after all), I would like to suggest that we all take a moment to think about the Daily Mail. I KNOW. Nobody wants to do that. Personally, the furthest I usually like to go is to scan a few pictures of ‘celebs’ on their holidays, feel briefly bad about my thighs and even worse about my soul, and then delete my internet history. But in the spirit of scrutiny, which the DM specialises in (and I think we all know of what) I wanted to talk about the EPICALLY creepy way it reports on young girls.
Or, to put it another way, why a paper that once ran the headline ‘Why parents are to blame for the sexualisation of children’ might be slightly in denial.
Because talking helps, you guys.
Let’s be honest, we all have bad habits. Mine include smoking, sighing loudly (and courageously) at the backs of people who walk slowly on escalators and (duh) reading the Daily Mail. And of those habits, I think we can all agree that reading the DM is probably the worst. It’s definitely the only one that makes me want to lose weight and emigrate to a place where there are no people at the same time. And I’m sure that that some of y’all are going through what I went through so I wanted to share my story about giving up the bad stuff, and learning that I am not to blame for the problems I have with the DM.
In order to make things better for myself when Judgement Day happens (aka my yearly run through of all the New Year’s resolutions I really really should make) I decided to stop reading the DM and use the saved minutes (ok hours) to reread my favourite books, starting with the classic novel, Lolita. I know, get me. With great literature as my replacement drug, a sack of pumpkin seeds at my side and armed with my NHS stress ball (left over from the last time I gave up one of my bad habits…) I was ready for a serious detox.
Only a few pages in, however, and, to my great self-disgust, my mind began to slip back continually to the pages of the DM. Clearly, this wasn’t going to be as easy to give up as my teenage Nickelback-habit. Was my mind really so polluted by exposure to the DM’s pages that I would never again be able to focus on the great words of Nabokov? Was worthwhile literature ruined for me now? Could I never again slip back into the comforting familiarity of Pride and Prejudice as I would slip into a warm bath? Was thinking of myself slipping into a warm bath another symptom of the depravity which my brain was now poisoned by?
Reader – and it shows how far I’ve come that I can say this now – it wasn’t my fault. After discussing the issue with my support group, I was finally able to recognise that the DM was still on my mind because of the parallels between the frankly very wrong way it reports on young girls and Lolita (which, for those of you who don’t know, is a heart-warming tale of a paedophile and his sexual relationship with his stepdaughter), not because of withdrawal pangs.
You can see why it came up:
Humbert Humbert (the narrator/paedophile in Lolita) describing 12-year-old girls: ‘slender waist, the apricot midriff’; ‘starlet’ with ‘soot-black lashes [on] her pale-gray vacant eyes… five asymmetrical freckles [on] her bobbed nose’
Daily Mail describing a thirteen-year-old: ‘incredible movie star looks; flaxen locks, blue eyes and … heart-shaped face’. Informing us that a fifteen-year-old’s top is ‘just short enough to expose the upper region of her toned stomach’. A sixteen-year-old’s ‘lithe figure’

(Image credit)
Humbert: a big old hypocrite, eg. Accuses another man of kidnapping Lolita, calls him ‘a very sick man’
DM: criticizes a fourteen-year-old Kylie Jenner for looking ‘a little TOO sophisticated in a …bandage dress’ at her ‘tender age’; weeks later posts pictures of her ‘soak[ing] up sunrays’ in her bikini and getting dressed
Humbert: implies his victim is complicit in the relationship
DM: accuses 15-year olds of ‘parading [their] pale pins’ or ‘pronounc[ing] her lips with a bright shade of fuchsia’ and decides for us all when teenagers are ‘all grown up’ and ‘older than [their] years.’
In fact, I discovered with relief, the biggest difference between the two is that the Russian Nabokov makes far better use of the English language. There’s also that whole thing that your average paedophile (even Humbert has moments of clarity) might occasionally demonstrate awareness that a child is not consciously trying to attract him. DM, on the other hand, seems to think that these girls (and I use ‘girls’ because they are legally, officially children) are ‘parading’ themselves before photographers who catch them on the street with their mothers or at the beach with friends, in order for the writers of the DM to pass comment. Because obviously the skin of a fifteen-year-old is ‘on show’ for us all to have a good old gaze at, and not just, you know, there. Sorry, Nabokov, but I know which one I find more creepy.
- SW

7 thoughts on “It’s a Creepy Stand-Off! Humbert Humbert Vs The Daily Mail”