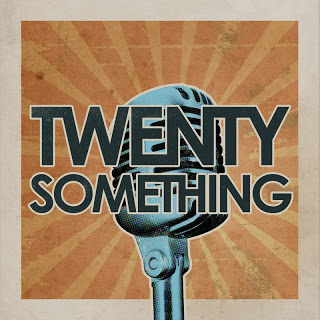 So I don’t know if you guys realised, but ‘Elite Daily’ (‘The Voice of Generation Y’ – I don’t know whether the name of the publication or its strapline makes me vom tiny little pieces of my blackened soul mixed with Wasabi curry more) has published a list of ’100 things every twentysomething needs to realise’. Nope, none of it is ‘your parents’ generation destroyed the possibility of you ever owning your own home’. Or ‘tattoos are definitely, definitely permanent’. Or ‘a Filet-o-Fish McDonalds meal after seven ciders always ends up liquefied on your bathroom floor, in some variation or another’. Basically, none of their tips are actually useful.

But you know what’s the next best thing to useful? HORRENDOUSLY INSULTING. And ‘Elite Daily’ (come on, I mean, who runs this thing? The Bullingdon Club?) have gone with their fair share of that. A few I take issue with:

“3. Shaving is more than a suggestion. That goes for men and double for women.”

I don’t really think we need a huge amount of commentary here, considering that the whole ‘hair removal being a social imperative’ thing hasn’t been the coolest Hackney warehouse to party at since, like, 2005. And the “double for women” thing? Sneak peek into reality: if you’re ever using the phrase “and that goes double for women” and it isn’t directly preceded with “men should be expected to have one orgasm per awesome sex session”, you’re probably being sexist.

“4. If you eat enough pizza, you will turn into a tub of oily cheese.”

This hardly ever happens.

You know, I’m not a massive advocate of rotting all your brain cells away on back-to-back showings of The Labyrinth, unending packets of cheese puffs and a heavy serving of THC (OK, I am), but still – have you seen celebrities? Approximately 50% of them are old men dancing into their seventies with a bong in one hand and a rolled-up £50 for their next hit of charlie in the other. There’s enough of them to prove that you often get old before getting high does (disclaimer: kids, don’t take drugs.)

“11. Don’t date unless you think you may fall in love with them.”

Christ. The last person I ended up going out with for a year was the same one I affectionately referred to as ‘The Slug’ after our first date. We don’t all plan our weddings the moment we drink too many Cosmopolitans at a karaoke bar and embarass ourselves, y’know. Some of us just prefer a night on the town with a guy or gal who may or may not be soulmate material, when the alternative is ‘All By Myself’ in your apartment with a duvet audience, Bridget Jones style.

“19. The way people see you is just as important as the way you see yourself.”

Whoever wrote this really shouldn’t become a motivational speaker.

More tongue is ALWAYS the answer.

Totally. So after she says no, why don’t you just slip it in and see what she does? I think the worst part about this ‘tip’ is that it included its own totally lame hashtag. Then they followed it up with the hilariously self-referential ‘hashtags aren’t always appropriate’. BRING ME THE COMEDY AMBULANCE, YOU’RE KILLING ME.

“52. As a rule of thumb, don’t do drugs. You don’t ever know what you’re actually taking.”

The preceding recommendation is that you ‘live in New York City for at least a year’. And you’re supposed to manage that without drugs?

“56. If you sleep around with a lot of people, then you are a whore. But who cares? As long as you’re clean, you’re clean.”

I’m not sure whether ‘clean’ in this context actually refers to free from drugs or free from STDs. But “you are a whore”? Can’t even be bothered.

If you’re gonna do the whole granddad lecture about when they ‘stopped making good music’, like, really? The nineties?

“65. Lower your expectations and you won’t be so disappointed.”

As if I don’t hear this from my mother enough. But no, I’m still not dating that guy with the weak chin and the penchant for lederhosen. I don’t care if he’s rich.

Well, it’s awesome that growing a new penis and/or breasts is a viable option, then.

Yeah, I forgot about that passage in the Bible.

You guys are no fun. And rich.

Well, that’s the Human Rights Act out the window, then. Also – I really hope somebody DIDN’T earn anything by writing this list (FYI, I didn’t for writing this one. Apart from the glowing knowledge of spreading beauty and joy which resides in my heart.)

Which is ironic, considering that 98% of everyone who reads to number 100 on the list hangs themselves. I guess you could call the surviving 2% who haven’t been battered down by this deluge of complete idiocy as ‘the Elite’.