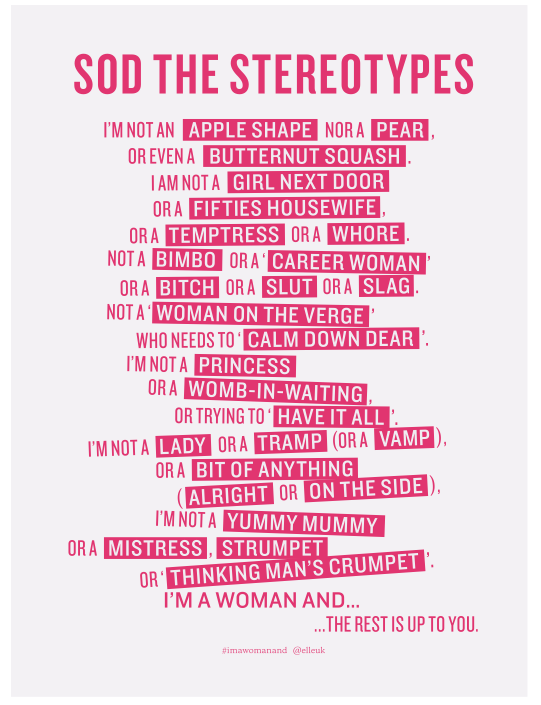 Whatup ladybros. I know, ‘rebranding feminism’, what the hell? When Elle got in touch with us to ask us to take part in a challenge, alongside some ad agencies, to bring feminism to a larger audience, we were initially a bit skeptical, mainly because of the use of the word ‘brand’. But then we considered how bringing gender equality to larger audience is really what we’ve always been about, and we thought we’d give it a try. After all, it’s hard to see how you could argue that the word doesn’t have an image problem. Just look at the infographic we made a while back: 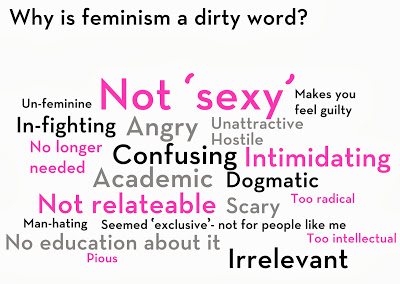 The term ‘feminism’ means what it always has meant: the notion that men and women should be socially, politically and legally equal, but we’ve been doing the blog for two years now, and have met so many women (especially young ones) who are wary of the term and seem to see it as indicative of angry, man-hating, dungaree-wearing radicals who spend most of their time in vagina acceptance workshops. What we really wanted to do was get back to the notion that feminism is for everyone, not some kind of special club where you needed a password to join. And we’re dead proud of the campaign that Wieden + Kennedy came up with for us (you can see the others here). Oh, and if you’re wondering why it’s pink- it’s because we quite like pink.

So, as we say in this month’s Elle, we wanted this campaign to be a huge screw you to those who believe that what you are and how you define yourself is small enough to fit in a shoebox. We wanted it to be a declaration of independence. A woman should be able to stand up and say, ‘Sod the stereotypes. I am not an apple, a pear, or a butternut squash. I am not a girl next door, or a fifties housewife, or a temptress or a whore. Not a bimbo, or a ‘career woman’, or a bitch or a slut or a slag or a hag. Not a ‘woman on the verge’ who needs to ‘calm down dear.’ I’m not a princess or a womb-in-waiting or a manic pixie dreamgirl, or a momtrepreneur, trying to ‘have it all’. I’m not a lady, or a tramp (or a vamp), or a bit of anything (alright or on the side). I’m not a yummy mummy, or a mistress, strumpet or ‘thinking man’s crumpet’. I am a woman, and…’

Which is why we want you to tweet us @vagendamagazine and @elleuk using the hashtag #imawomanand, and tell us something about you, either using a picture of you holding the page that is available in the November issue of Elle (out this Wednesday, October 2nd), or just by telling us. It can be as silly, as sweary, or as sad as you like, as long as it reflects you and not some of the bullshit stereotypes we’ve highlighted in our campaign. We might even put some of the pictures up here, alongside ours, and you’ll find even more at elleuk.com 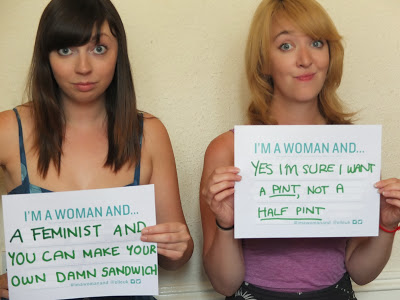 Oh, and do make sure you get Elle, obv. We’ve always thought it was one of the few magazines remaining that valued original, witty female writing (and God knows, they are few and far between).

13 thoughts on “So We ‘Rebranded’ Feminism”