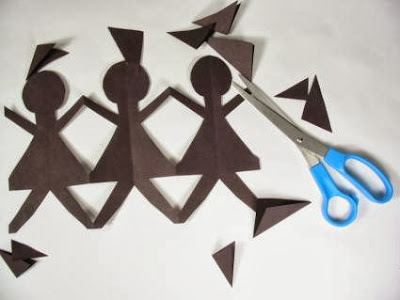 Four years ago I stopped eating. Back then, my knowledge of mental illness was so limited that I didn’t realise it could happen to people like me. I thought mentally ill people were “different” and assumed that I had never met one. Of course, that is ridiculous: 1 in 4 people in Britain have experience mental illness, including members of my own family and friends. My perception of what a “crazy” person was like was basically just a reflected image from books and films and the media.

There were many facets of my mental illness but the one most obvious to other people was the eating disorder. The reason I find it hard to eat sounds so ridiculous when I say it out loud, and saying this is likely to come back to haunt me later but fuck it, I’ll just be open about it. I can’t eat because I think everything is poisoned or could kill me. I have no idea where this thought came from but it’s stuck to my brain like a parasite. Since eating disorders are hard to hide when the reason for it is so blatantly illogical I have heard a lot express their thoughts (often unwanted) towards my relationship with food. Here are the most annoying and often the ones I hear the most:
“At least you’ve lost weight”
All eating disorders do not come down to Anorexia. Anorexia is a complicated illness with more behind it than the desire to be thin but I don’t have it. I have no problem with my body image (no serious ones anyway). There is nothing more frustrating than having people encouragingly tell me you’re very thin. Thanks. My hair is falling out, I’ve got spots everywhere, my skin is like tissue paper, I can’t walk without someone holding me up and there’s a nasty taste in my mouth all the time but hey, at least I’m skinny, right?!!! What this reaction particularly illustrated to me was that anorexia is generally seen as a question of vanity rather than the awful, terrifying illness that it actually is. It also showed me that you can’t be a woman with an eating disorder without people strongly assuming that it is about body image.
“Stop being a picky eater. Just get over it and eat.”
What a good idea! I enjoy having my family screaming at each other because no one knows who to blame, being passed around various family members because no one knows what to do with me, feeling like a burden, needing help to walk, having my parents scream at me because I won’t eat, hallucinating that there is smoke in the house and everyone will die or that there are insects climbing on the walls or that my arms are growing like the tentacles of an octopus and start having hysterics in public thereby ensuring no-one will feel safe being with me in public again. I loved it when my hair was breaking off and I was constantly going to the loo and looking like an utter idiot and too scared to go outside or sleep or read a book or talk to anyone and eventually being so drugged to the gills I was a walking vegetable and living in the hell I had created for myself. I loved being utterly lonely and lying by myself all day barely able to move while everyone got on with their lives.
Obviously all I needed was for someone to tell me my fucking illness isn’t real because it’s in my head. Thanks, we don’t really need doctors or mental hospitals, do we? Just tell them to pull their socks up and get on with it and they’ll realise how silly they’re being as they get better right away.
“It tastes delicious”
This is often said by well meaning people who assume I need that extra push to just eat. It is said a tad patronisingly and somewhat mockingly while they are pushing it towards me and I want to scream “I KNOW it tastes delicious! I can smell it. There is drool hanging out of my mouth.” Having a delicious meal set on the table in front of you and not being able to eat it despite being starving is torture.
“But is it real mental illness?”
And then there’s this, the most common reaction. It still hurts no matter how many times I encounter it. The group that hears the words “mental illness” and automatically thinks ‘omg is this freak violent??’ You can usually tell who these people are by the defensive body language and the shifty expression of one who is about to run for the hills. Strangely this is normally the same group who thought you were a silly “going through the phase” anorexic and once discovering that you have what they consider a “real life” mental illness you are treated like a wild dog that could go rabid at any second.
The main thing to remember if you know someone with an eating disorder is than an eating disorder is an illness. You wouldn’t tell someone with a broken leg just to get over it or expect someone with a bladder infection to attack you. Mental illness is an illness. The brain can get sick too.
It’s hard to know what to say to someone with mental illness, especially when you’re afraid of saying something that will offend them or make things worse. But you don’t have to be a medical expert to make someone feel better (in fact, most of the GPs I got sent to seemed to think mental illness was about as real as the tooth fairy). The most important thing you can do to help is to accept that your friend/family member has a mental illness. Don’t try to convince them that they’re not ill (‘your leg’s not really broken, try walking on it’) or avoid them because you don’t know how to deal with it. Just tell them, “it doesn’t matter if you’re ill. I love you anyway and I’ll listen if you want to talk.”
- AC