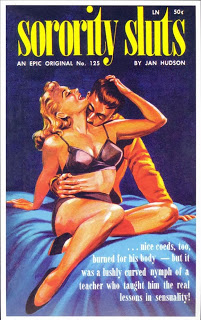 I was so lucky to have come across the most revolutionary piece of writing I’ve ever seen,”24 signs that she’s a slut” alternatively entitled “Why my Oedipus complex and tiny penis make me angry”. Nevertheless, as accurate as the article was, portraying us sluts of the world in the brilliantly positive light, I feel that the writer, ‘Tuthmosis’, missed out on some key points which I would address.
Now as I have a tattoo, a piercing, I swear, have ‘big tits’, I talk about drugs, have hooked up with another girl, have travelled alone, lost my virginity at 15, like tequila and party drugs, am friends with a DJ, talk about sex, have a bad relationship with my father and describe myself as a feminist, everyone can clearly see that I’m the biggest fucking slut known to (wo)mankind. But as I have this special set of slut-skills, I wanted to add to Tuthmosis’ disgustingly accurate list with 24 other signs a woman is a slut. Trust me, I would know.
24 more signs she’s a slut – because you can’t be too careful
1. She’s reading this. I can feel your slutstrogen oozing off the computer screen. You were on your way to a dating website, weren’t you… We know your type.2. She leaves the kitchen. Because there’s only one place she could be going: somewhere to have sex.

3. She leaves the house in general. Any woman who steps out the front door, is travelling straight into the crotch of an exotic local at every destination. You know it and I know it. The Grimbsy co-op is crawling with potential cock.

4. She shaves. She’s essentially making it so that no man has any grip with which to halt her wanton advances.

5. She speaks, at all. No matter what she is saying, it can be translated to ‘I’m a cum-guzzling whore’ (especially when she asks you to pass the salt – watch out for that one. Because what also tastes salty? If you know the answer, you’re a slut.)

6. She laughs at anything. That’s basically the slut’s mating call. No woman finds anything funny unless she wants you to fuck her seven shades of Sunday.

9. She eats sausages or bananas. Food of a slut, practice for You Know What.

10. In fact, if she puts anything in her mouth it’s just proof of her oral fixation. Anyone who always wants things in her mouth is probably not too particular about who she bangs.11. She has a stripper name. Sue, Jane, Lucy, Kate- all sluts. Especially if she has an oddly-prounounced stripper name. Like ‘Danelle’ instead of ‘Danielle’. Weird pronunciation = attention slut = actual slut.

12. She makes eye contact. If she’s looking at anything other than the floor, she wants it, in and around her face.

13. She wants a career. That would simply be an opportunity to find more dick. Feminists fought for the right to a job only so they could find new ways of doing men they haven’t all ready done, and now what do we have? A country overrun with single mothers, a.k.a sluts.

14. She has seen a condom before. That means she’s having sex. With one or more men. Probably because she likes it. And not to procreate.

15. She has an electric toothbrush. You know what I mean.

16. She’s disagreeable. Emotionally flighty girls are vaginally flighty girls, ruled by their vagina-y vaginas. If she drips with sarcasm, you can bet her black soul will seek sustenance on a carousel of cock.

18. She has female friends. Sluts know people because they’re constantly looking for their next cock-fix. Sluts hang out in packs, they use lunches and shopping as an excuse to hunt for – well, you get the idea.

23. She has two nightstands in her room (one on each side of the bed). I mean how fucking presumptuous can someone be?24. She has a vagina. Well, she’s just asking for it, then, isn’t she?
Consider yourselves now fully informed. But while I’m on a roll, I thought I’d also give you…
3 Signs he’s a bastard
1. He writes for Return of Kings.
2. He has a pulse.
3. He has a pulse.
Laterz.
-NG