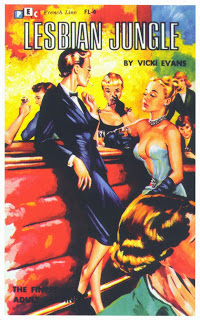 Recently the news of my relationship with another member of the female sex has been filtering out into the public domain. By which I mean select members of family; and then anyone who can read the signs on Facebook – and also anyone and everyone who has seen us drunk in public.
Neither of us identify as lesbians, and both have had only boyfriends in the past. But we’re happy, and it works for us, and anyway sexuality is blahblahinsertwellmeaningclichehere.
Overall, the process of “coming out” to our family and friends has been heartening. My favourite people react with glorious nonchalance; with a studied indifference that indicates the effort they have put in to tackling societally-imposed notions of normative sexual binaries. Their pleasure in my happiness, my obvious nervousness and excitement, is tempered by determined coolness.
“You must meet my… girlfriend.” (Envisage me frozen with crippling awkwardness, anticipation and agitated pleasure, watching their face like a dog watches you eating pizza.)
“Oh, yeah. I’d love to, that’d be great. Shall we get another frozen daiquiri?” (Supreme cool.)
It’s hilarious. Lovely, too. They just want me to know that they know that it’s, like, totally normal. I’m lucky to have a pretty rad set of associates, it goes without saying, but at the same time I know that it’s not ‘normal’. True, it’s getting more and more mundane in civilised society, as we feel increasingly at liberty to publicly test our sexual tendencies; but don’t try and tell me that everyone was expecting it. Which makes such reactions particularly fab.
I mention this preferred response because it stands in sharp relief to the other, much more prevalent kind. At first it can seem innocuous. I was just glad people weren’t telling me I’m an aberrant mutation of womanhood, or a raging bisexual lust-junkie, after all. But actually, the worst reaction we got was, “Oh! How sweet!”
Fuck RIGHT OFF. RIGHT OFF, RIGHT NOW. Let me put it out there to kick off: there is nothing sweet about my girlfriend and I. We’re both whip-tongued, neurotic bitches, with a well-exercised knowledge of feminist literary theory, and a penchant for high-heeled biker boots. But even if this wasn’t the case, “sweet” would be offensive. Because it doesn’t stem from our characteristics, either singly or as a couple; it’s purely about patronising.
It’s an apparently anodyne way of saying, “Your relationship isn’t as valid as a heterosexual relationship. You’re sweet and harmless, going through your little period of youthful promiscuity. But it won’t last. Don’t talk to me about your angst, your deep emotions, the complexity of your relations with another human; this is all just darling silliness.”
So there’s that. Then there’s: “You’re so sweet, being anxious about telling me! Me! I’m so super liberal and okay with this. Oh, you lovely lezzers, so much more worried about social reactions than everyone else. Nevertheless, in the course of this rhetorical stream I’m implying that you do actually need my validation. Which you have! Enjoy!”
Oh wait, this also feeds into: “Of course you should tell your dad. He will be totally fine with it. I mean, I am. And he’s a good guy, so it’s cool, right? Lesbians don’t actually experience prejudice or discrimination these days. I mean, I know they do in like SUDAN, or STRATFORD, but not North London. It’s all simple, baby. Because I don’t have to deal with the bad shit.”
The last thing I want to do is to misrepresent an interest group as angry, overly sensitive, and generally difficult to deal with. I don’t want to suggest that your well-intentioned reaction to your friend telling you they’re gay makes you homophobic, or like, generally evil. Rather: that even if you think that you think that homosexuality is Right On, you need to watch out for the sly presence of cultural conditioning in the deep recesses of yo’ brain.
So, as James Brown wisely advised (in the midst of a misogynistic but ultimately very catchy tune), “watch yourself”. My gay relationship is not sweet. It is (sing it with me) PATRIARCHAL BULLSHIT that terms it “sweet”, thereby abnegating our intellectual seriousness, the significance of our emotional humanity, and our potential power as women and individuals.
Peace. And if you need any pointers on where to buy mid-priced heeled biker boots, or a good daiquiri North of the river, just shout.
-  - HSH

13 thoughts on “My Supersweet Lesbian Relationship”