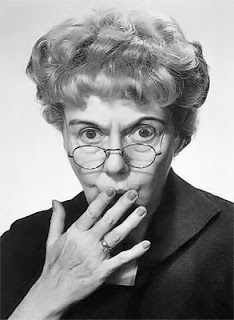 My tweets are protected now, but they didn’t used to be. A few months ago, I put a call out ‘WIMMENZ. Where can I get decent bras, small back, large cup size?’ I relied upon The Midnight Bark of retweets to yield results, some assistance for my weary bust. My sister and Ma found it a bit hilarious and gross and ‘come now, no one needs to know that’ that I had willingly handed over my bra size, much like if I’d responded to one of those definitely-legit e-mails asking me to supply my bank details because I’d won the Nigerian Lottery. Any day now. Any day.

If they found that gross, it was nothing compared to a few days later. Writhing in urethra-based agony, I had been felled by not just a particularly gnarly UTI, but its good mate, thrush, too. It was awful. Can you die of terrible vaginal symptoms? If so, I probably would have done. I put a warning out – “TMI tweet coming up” – and then unleashed my woes. I may have put an emoticon in there, somewhere, because if you can’t whack a sadface on a tweet about your minge being on fire, when can you? As well as utter revulsion from my sister, which caused her to actually unfollow me (a dark day) I also received a lot of sympathy and advice. “There, there. Poor you”. YES POOR ME.  However, it was from my series of Angry Vag type tweets that I learnt that Diflucan was the trick I’d been missing.

I’m not sure whether my approach to bearing everything is because I’m terribly gauche, because I am not a known giver of fucks, or because I’ve had children. There’s nothing like having a midwife ask a consultant obstetrician do a compare-and-contrast on your cervix, whilst you gulp down the Entenox and scream ‘Get. It. OUT OF ME’ to make you reassess your boundaries in terms of ‘sharing’. I once offered to show a post-natal chum my scar. I meant my C-section scar, but she fully expected me to show her my episotomy war-wounds. I don’t have any of those, but this is the kind of thing I’m talking about, people.

THESE THINGS NEED TO BE KNOWN. Did you know some women are so hush-hush when it comes to talking about their bits, that they don’t know the actual names for their parts? A midwife friend once described a conversation with a patient where she legitimately had to refer to labia as ‘your flaps, dear’. (Because said patient didn’t know what labia where, not just because my friend is good craic). I don’t know why I’m trying to use this anecdote for the shock-factor, because it’s not that shocking, really.

Anything a bit personal, a bit (whisper) rude or anything to do with your body is normally a bit of a sniggered subject. But why? No, seriously, why? Is it the same for men? Fucked if I know. I’d ask, but I can’t be bothered, so I’m only going to write about this from what I know from being female. A weird conversation was one I had with my ex-husband, about our little girl. She’s two, and obsessed with the contents of her pants. As you would be, I’d imagine. Well, no, as I know, but that’s another story for another submission. We had to have A Talk about how we’d broach the subject of their body parts, and their behaviours surrounding them. My take? ‘Do what you want, it’s your body, just don’t do it in public. You have a bedroom for a reason. Go to town in there.’

I refuse to feel shame about my body, and I refuse to sit back whilst shame about their bodies is hoisted upon my children. Part of the shame, or at least embarrassment, is probably because so much in terms of bodies’ form and function is shrouded in ‘YOU DON’T TALK ABOUT THESE THINGS’.

What a load of bollocks (pun intended). You could go as far as to speculate that those who measure themselves against an ideal body (shape, form or function) might interpret discrepancies from the ideal as defects and reasons for self-criticism. The idea of an ideal and form and function that exists on some pedestal somewhere really fucked-up can only really exist if there is a big ‘them’ and ‘us’ dialogue gwarn (‘them’, being no one in particular apart from the dreamy ideal.) Let’s face it, though, even Cara Delvine must have to slap on the Vagisil from time to time. Jools Oliver has had four kids. I’m betting she knows the words ‘Tena’ and ‘Lady’. Amirite?
Katy Hill, parent blogger and ex-Blue Peter darling, spoke at BritMums Live 2013. She is a bit of an ambassador of TMI Chats, speaking with glee and free abandon about her previous week’s smear test. To a room of 500-odd parents. No one really batted an eyelid, it was a bit of a ‘Cool story, bro’ moment. I know, because I was there, and I thought ‘Cool story, bro’. But this is A Good Thing.

SEX. SHAGGING. THE NO PANTS DANCE. Or, as I heard Acid Sex termed ‘negotiating yourselves through a wormhole, like two awkward cadavers’. Why is this still a bit shocking to talk about? PEOPLE DO IT. THEY HAVE SEX. So I’ve heard. Although, I gather this is slightly more acceptable to chat openly about than the aforementioned. But, I’ve noticed, only in a Benny Hill ‘my husband is a bit of a loser in the sack, oh lol though’ way. Saying that, I’ve noticed a lot more of my female friends saying things like ‘I totally boned last night, HIGH FIVE’. Good girl, and long may it continue. You get yours. Talk about it, because it helps. And not only for the creeps and pervs (me) (and me).

This piece was bought to you by my announcement, via a tweet, that my first Big Decision post birthday was to stop wearing bras, because – really…I hate them, and they’re awful.