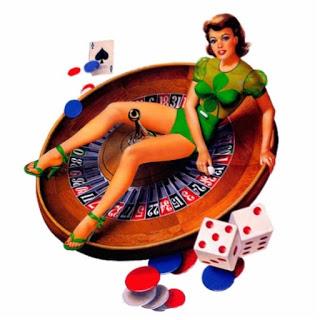 I have always appreciated the importance of hindsight. Without understanding the mistakes of our past, we are liable to be like Sideshow Bob from the Simpsons, forever stepping on a rake and shuddering. But sometimes there are things that I’d rather forget. Like how, for a whole fucking year, I had unprotected sex with my boyfriend and literally never once worried about getting pregnant.
Here a list of stuff that I worried about more than the fact I was playing Baby Roulette every time my boyfriend and I used to boom boom.
1. Is the fact that I never wash my underwear above 40 degrees because I can’t be arsed to sort it the reason I keep getting thrush?
2. Are my highlights too brassy?
3. Does my profile picture make me look fat?
4. Are bananas making me fat?
5. Do you think he can tell I don’t love him?
Okay, so with the exception of 5.) and possibly 1.), NONE of these things should have been of more concern to me than that fact that I was gambling every time I had sex, and if I lost the stakes were pretty life-changing.
Looking it  back on it now from the mature and grown-up vantage point of a mature and grown-up me, I can only conclude with the wisdom that increased maturity brings that I was, quite simply, fucking stupid.
Here’s the thing. I’m lucky. I’m a chancer. And I think when you glide through life being generally quite lucky and quite good at being quite lucky, you never think your luck’s gonna run out. What you think is that everything’s going to be peachy. It’s going to be fine.
Honestly, my thinking in this period (if you can call it thinking) went something along these lines:

1. Fertile women tend to be mothers
2. Mothers have big breasts that they use to breastfeed their babies
3. I am flat chested

Now, as Mother Nature is wise and infinite in all her ways, there’s no way she’d give me a baby that I wouldn’t be able to feed, right? So, basically, there’s no way I could get pregnant!

At this point I want to point out that I’m a fully functioning human person. I don’t do stupid shit like stand on the left of the escalator or leave my Facebook logged in on my boyfriend’s computer. I mean, I’m not a fucking moron.

But I was. Because I persuaded myself that being flat-chested meant I wouldn’t get pregnant. I actually persuaded myself that the inside of my womb looked like a desert, like the landscape of a 1920s Western, all barren with tumbleweed blowing across the foreground and maybe a desolate shack in the distance, because of what my breasts looked like. Into this landscape I did occasionally project a solitary sperm, just sorta wondering what it would be like if maybe one made it up there. The sperm would kind of pop his head out of a pothole (do they have potholes in the desert?!) and maybe choke and cough a little bit and kind of flop over onto his belly with his little spermy tail waggling in the air and then inhale dust fumes and die.

Meanwhile my egg would be chilling in the fallopian tube, kind of checking her watch and rolling her eyes and being like, any minute now, whilst the poor dying sperm rattled around my cervix and tried and failed to get this show on the road.
Pregnancy was something that happened to other people. It was something that happened to girls on page 2 of the Daily Mail: ‘PREGNANT AND ON BENEFITS’. Girls like me – with degrees and deadlines and, frankly, fucking awesome trainers – girls like me didn’t get pregnant. Fertility was something that I’d opt into later in life, choosing it like all the big decisions that grown-ups make, like whether to get a fixed rate mortgage or a tracker.
And you know what the fucking killer is? My luck didn’t run out. I never got pregnant, I was never late for a period, I never even stressed about the possibility that maybe one day I’d go into surprise labour like Sonia from Eastenders, shrieking ‘I’m having a baby!’ as I give birth beneath a Watford market stall.

Nah, you know what happened? My boyfriend and I broke up, and I started sleeping around, but I was in denial about sleeping around and so wouldn’t carry condoms in my purse. The Pill made me crazy, so that was a no, and so eventually, in the absent way you sometimes decide to do a spring clean, or make a batch of soup from scratch, or even call your mother, I thought: ‘hey, maybe I should get the coil’.

So one fine October day a nice nurse stuck a piece of copper inside me, so that now any unlucky sperm that chanced it up there got both choked by dust fumes and impaled on a nasty piece of wire. And now ain’t nothing going to live up there. I reckon my egg’s kind of given up by this point…she knows no-one’s coming. She’s on her own. And that’s the way it’s going to stay (for a while at least).

17 thoughts on “Baby Roulette, or How I Learnt to Stop Chancing It and Embrace Contraceptives”