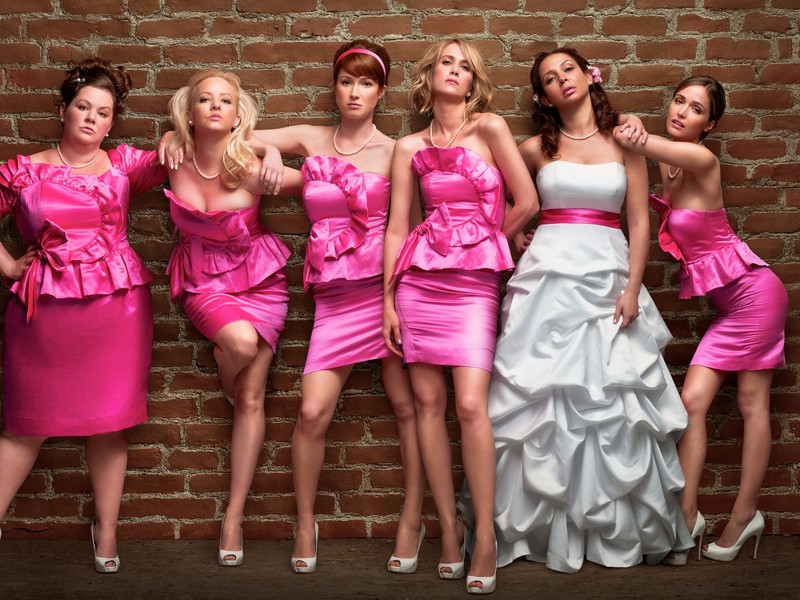 I recognise it is unforgivable to say you don’t like being a bridesmaid. The phenomenal honour of being part of anyone’s Special Day is supposed to short circuit such selfish notions; we maids are meant to operate en masse, with smiles fixed on our faces. I am writing this anonymously because I still have to perform this sacred duty at two more weddings in the next year. It is an honour. It is also an almighty faff.
The label is apt; I do feel like a maid. But I’m not even being paid minimum wage to run around doing the bidding of my bridal bosses. I’m sending daily group emails, coordinating hen party payments and embossing endless invitations all for a mention in the best man’s speech and, if I’m lucky, a fifteen quid necklace by way of thanks.
It’s about much more than that, of course. I am doing all this because these brides are my dearest friends, my surrogate family. Together we used to fall down drunk, explore foreign countries and spend hours dissecting episodes of The OC. All we ever talk about now is finding ribbons in the right shade of coral. This may sound like the bitterness of a bridesmaid jonesing to be a bride, but, on the contrary, my lovely boyfriend and I have been involved in enough wedding preparation to have solemnly pledged never to put ourselves, or our bank balances, through the strain.
The sums are eye-watering, for everyone involved. My latest maid mission has set me back £600 so far, and counting. I am so happy for the bride. So glad that she escaped the raging ex who slashed her self-esteem to ribbons, and chuffed that she is marrying the lovely man who put her back together. I just wish that sharing in that happiness didn’t mean handing over £200 for a hen weekend, the highlight of which was a raucous game of hot tub I Have Never with her old workmates.
And that was one that went well. I’ve seen the full range of hen party politics, from arsey Facebook messages to the kind of rolling boil resentment that leaves you questioning your very sense of self.
I, for example, am glad that I share the planet with super-organised, spreadsheet colour-coding people. But I am not one of them. If you give me a task and a deadline, all is well. If you give me 15 emails in two hours about the Mr and Mrs game, all is not. And if you turn every communication into a snide who-knows the-bride-better battle, I will spend our entire hen party afternoon tea wanting to throw scones at your stupid head.
The brilliant Bridesmaids was a watershed moment, finally giving a voice to us stressed, oppressed maids. Kristen Wiig’s character blurted the truth we’ve been bottling up for so long: that joining a bunch of women you don’t know to become assistant project managers on a high-stakes social event isn’t actually particularly enjoyable. There were pop culture hints before, of course; the ever-brilliant Samantha Jones in Sex And The City pleaded with Charlotte, ‘I’d love to be left out!’, and even Katherine Heigl’s saccharine character in 27 Dresses had her moments of maid malaise. Notice the lack of films about how enjoyable and fulfilling it is to be a bridesmaid? That’s because it’s not.
Except for one group: little girls. They love it. So, why not just have pre-teens as bridesmaids? Or, as we can’t really have eight-year-olds buying the penis straws, ask for volunteers. (Yes, technically I have been asked before assuming maid duties, but has anyone ever actually said no? If so, you have my respect.)
Let the organised people have the gig, and give them almighty thanks for the time-consuming, cash-absorbing, selfless and beautiful task they have undertaken. The rest of us, now off the hook, will do everything else. We’ll buy thoughtful presents. We’ll chat to strange relatives. We will start the dancing when the band comes on. And we’ll do it all with a smile on our faces – because we haven’t had two hundred conversations about coral ribbons.

8 thoughts on “The Horror of Being a Bridesmaid”