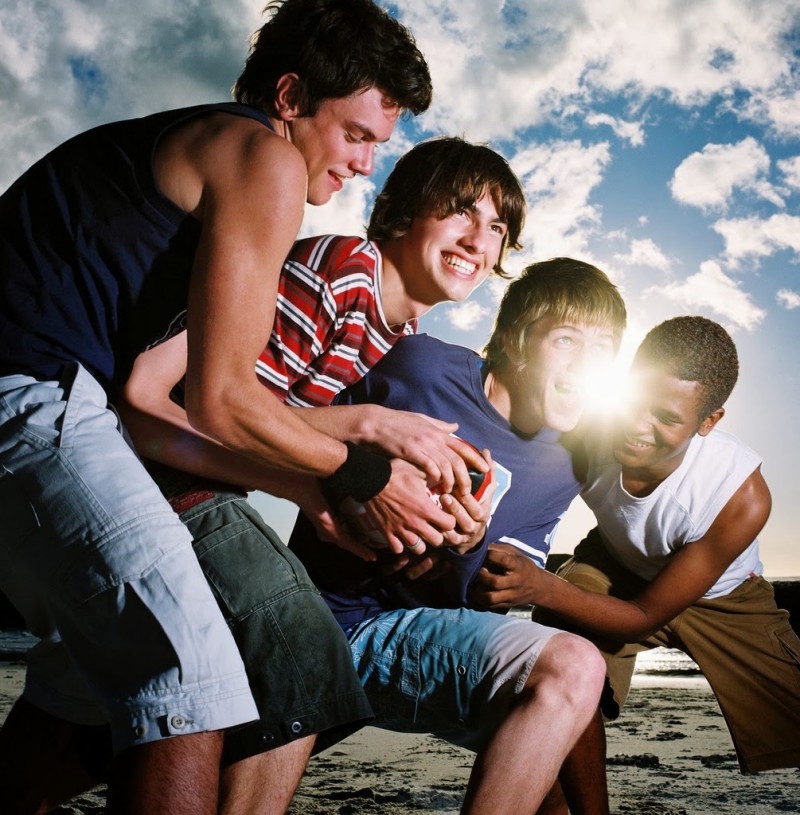 I’ve a feeling I might be preaching to the converted here, but it’s occurred to me in the last few years that feminism is actually rather of a Good Thing. People who I’ve never spoken to about sexism or misogyny have struck up conversations with me – an Actual Man – about wage discrepancies, the Daily Mail’s notoriously woman-phobic Femail section and the Blurred Lines video, and I’ve had something to say about them in return. Not exactly a shocker for a feminist blog, right? But I have something to confess to all of you.

I was a teenage sexist.

I’m a moral, caring and well-educated (a 2:2 counts as well educated, right?) man, and back in high school I probably had more female friends than male. Yet at the same time, I did, said and thought things that I’m ashamed to recall. Sadly, I was far from exceptional among the boys I went to school with – and not one boy, girl, man or woman ever picked me up on my behaviour, urged me to reconsider or told me it was wrong.

The old “I was just going along with what everyone else was doing” excuse is the oldest and most cowardly in the book (invoke Godwin’s Law to your heart’s content here) but it genuinely rarely ever occurred to me to challenge the status quo on women. Trying to convince girls to go out with me was a constant pursuit throughout my teens, and it wasn’t uncommon for a girl to have her boobs fondled without permission almost as soon as she began to wear a bra. This was all seen as a “bit of a laugh” by the boys, and the girls seldom complained. At the time, I considered this evidence that they didn’t mind at all. And it was a culture that was ingrained – girls were labelled either frigid or sluts depending on how sexually active they were, yet boys were never subject to the same judgements. So far, so horribly, horribly normal.

Strangely enough, there was no epiphany that changed my views or behaviour. You can’t change people unless they’re ready. However, there are three things that, looking back, I think were significant factors in me realising the error of my ways.

I’m a music writer and so, unsurprisingly, I’ve long held a borderline-unhealthy relationship with music of all kinds. At the age of 16, I became briefly obsessed with an above-average power-pop band called Nada Surf. Digging deeper into their back catalogue, I found the song Mother’s Day. I used to listen to this a lot and some of the lyrics really stuck with me. “What do you see when you look at a girl? Is she a game you want to win?” “Do you have friends who would be proud if you went in for the kill? Do you have friends who would do it even against her will?” As far as anti-rape statements or feminist views in rock music go, Mother’s Day hardly reinvents the wheel. However, it was the first time I’d been confronted with these kinds of questions, and it made me think about the answers. As a teenager, when you begin to question the world around you, you realise how wrong some of it is. Why are female celebrities expected to pose half-naked while male ones aren’t? Why are women treated the way they are? Why do men earn more than women? These were all things that had barely crossed my mind.

Secondly, soon after, I had my first proper girlfriend (although reading this, I’m sure you’re wondering how that happened). A few weeks into our burgeoning relationship, she told me her faith meant that she didn’t believe in sex before marriage. Again, this was a viewpoint I’d never even considered before, and made me think about sex in new and very different ways.

For a start, I’d never even considered that girls might even like or want sex. At that age, sex was something girls would either let or not let you do to them, and their own desire didn’t come into play. My girlfriend, conditioned by years of schoolboy chauvinism, feared that I’d break up with her there and then when she told me this news. When I said that I cared about her and respected her wishes (I was clearly already a bit of a nicer person by this point), her reaction was such that you’d have thought she found £1,000 down the back of the sofa.

And lastly, and perhaps most importantly, I simply grew up. I read, I thought about things, I met people, I had conversations, I discussed ideas, I went to different places – the usual stuff. It’s not been easy to face up to things and write this piece, but I bet it’s nothing compared to what being a girl at my high school was like.

This is why making feminism a mainstream idea and the norm is so important to me as a man. It’s impacted the way I think about discrimination across the board. And it’s my belief that, one Blurred Lines discussion at a time, all of us can come round to seeing the world this way: that is, for what it really is.

6 thoughts on “I Was A Teenage Sexist. Here’s How I Grew Up”